Home » Columns » Is it time to replace Kohli as Captain ? 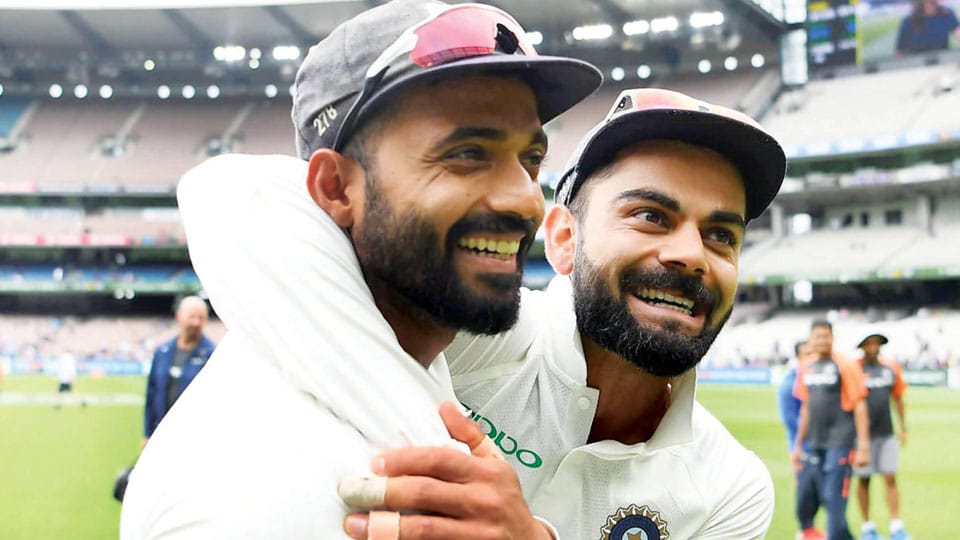 Is it time to replace Kohli as Captain ?

The only problem in a cricket match with Australia or New Zealand is the odd timings. I had to wake up at 4.30 am to watch the final day proceedings much to the irritation of my better half. What a paisa wasool day of cricket.

I would not get up from my seat even for my breakfast and had it in my seat.  After 32 years, Australia were beaten in their own turf of Gabba at Brisbane. And that too by a second string Indian team who due to injuries took 3 net bowlers into their team.

These bowlers in their wildest dreams would not have ever thought that they would don Indian colours one day. And that too in Australia!  Rishabh Pant as Man of the Match? I thought Shardul Thakur with his all-round performance with bat and ball deserved it more.

Who was responsible for this turnaround in the attitude and that too after a humiliating defeat at Adelaide, where they were bowled out for the lowest score ever in Test cricket? Everyone all over the world expected a 4-0 whitewash of the series. But what a turnaround.

After getting beaten so badly in the first Test, our boys not only fought back but also won the Trophy 2-1 beating Australia in their own turf and retaining the Gavaskar-Border Trophy.

I personally feel it is the quiet, unassuming “temporary Captain” of the Indian team, Rahane who was responsible for this turnaround. Rahane has a black belt in karate. He does not rant, shout or swear but is able to bring out the best in all individuals, unlike our Kohli who wears his emotion in his sleeve all the time.

Kohli’s record in Test matches as a Captain from 2017 onwards is 60 percent — that is, 33 matches out of 55 matches he has captained — much ahead of Dhoni [45 percent] or Ganguly [42 percent] but in spite of this, there is a clamour for his removal as a Captain. Simple, because Kohli has not won any major tournaments in his tenure. We lost both the Champions Cup and World T20 Cup. And the two multilateral Cups we won — The Asia Cup and The Nidahas Trophy — were by Rohit Sharma as a stand-in Captain.

Even in ipl, in spite of having an extremely strong Bangalore team with players like abd, they have  not won a single ipl trophy so far.  Why is that he is not able to bring out the hidden talent of his team players? There is no doubt in my mind that he is by far the best player in the Indian team and is world class. But where he fails is his ability to inspire others  to perform.

Is he a good leader?  No, his failings is that he has strong likes and dislikes. And a policy of “my way or highway.” His team-mates fear him. His constant chatter, animated expressions may look good in TV but it does not result in victory in major tournaments.

Even in corporate world I have noticed that excellent managers who excel as Department Heads fail miserably when thrust with the top post and vice versa. I always believed that a certain amount of luck also is important for anyone who holds the top post.  A very important talent for the Captain is the skill of communication and the confidence he is able to impart to his subordinates.

READ ALSO  Is Life fair to all ?

Of course, at present there is no one at the helm of bcci who has the guts to ask Virat Kohli to step down as Captain and work as a team member under a new Captain. Kohli is the “brand ambassador” of many products who indirectly are sponsors of bcci tournaments. This heavy lobby would ensure that Kohli continue as a Captain for many more years to come unless Kohli himself feels that he should abdicate his throne like Sachin Tendulkar did  some years  ago.

Virat Kohli is to be very influential with friends in the right places. Some say it was his influence that led for the Head Coach Anil Kumble being removed, only to be replaced by a friend Ravi Shastri.

Anyway, Kohli is back in the team for England series starting from Feb. 5 and our wish that Rahane continue as Captain is only a pipe dream. Miracles can happen. Let us wait and watch.

2 COMMENTS ON THIS POST To “Is it time to replace Kohli as Captain ?”