Home » Feature Articles » Is Shiva the Destroyer of Evil? 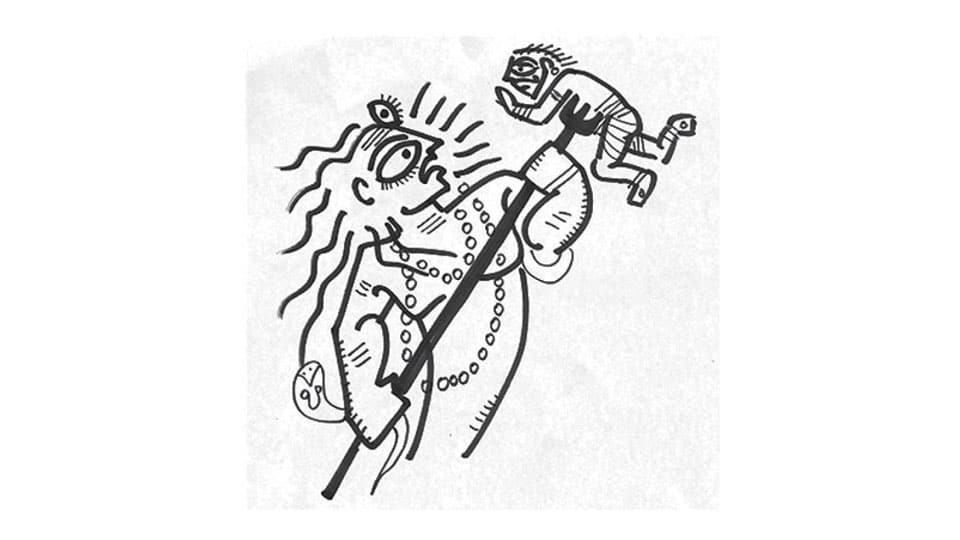 Is Shiva the Destroyer of Evil?

Also, the word evil is not a Hindu word. It belongs to cultures that do not believe in rebirth and karma. Hence, we have to ask ourselves: what is as okay being created by Brahma as it is being preserved by Vishnu and destroyed by Shiva? Perhaps a study of what Shiva actually destroys helps figure this out.

He overpowers Yama, the God of Death, which is why Shiva is called Yamantaka. He is associated with the beheading of Brahma, hence Kapalin. He beheads Daksha and overturns Daksha’s yagya, which is a very famous story. He destroys three cities of asuras, the Tripura, hence called Tripurantaka. He’s also associated with the destruction of the poison, Halahal, that emerges from the ocean of milk.

With these stories, we realise Shiva is associated with the destruction of darkness, that manifests with desire, death and time, as well as destruction of the three worlds, and yagna. But this destruction is compensated by Shiva’s actions associated with regeneration: marrying Shakti, fathering Karthikeya and Ganesha, enabling descent of the River Ganga from heaven to earth, enabling rebirth. By destroying yagna, Tripura, Kama, Yama and Andhaka, we see that Shiva is at one level associated with destroying the cycle of rebirth. But as creator of Kartikeya, Ganesha and Ganga, he also enables the cycle of rebirth.

Shiva is visualised as someone who is smeared with ash, wears animal skin and lives on a mountain made of stone, covered with snow, where no vegetation grows. These are all signs of an ascetic, who rejects household life. Hence, Daksha, first patron of yagna, does not like him. But then he is, very reluctantly, transformed into a householder by Daksha’s daughter.

Seen in this light, Shiva is not the destroyer of the world, but he is the destroyer of householder life. Vishnu preserves the householder life, which is why he takes the form of Rama and Krishna to take part in worldly affairs. Brahma, by creating the household with his Vedic yagna, introduces the various vikaras such as desire, ambition, greed, hunger and jealousy into the world. This is why Brahma becomes unworthy of worship. Daksha’s yagna is destroyed as it fails in a key goal — personal transformation. The point of yagna is not to make us seek control over the world by taking advantage of what we possess, but to let go and be generous with what we have, which is the main lesson of Vedanta.