Home » News » It was Abhimanyu who instilled confidence in me: Mahout Vasanth 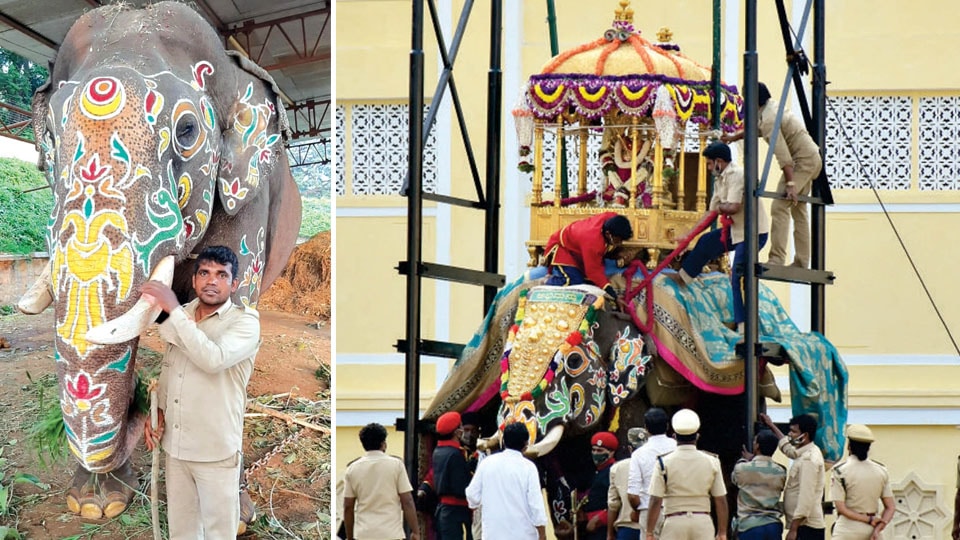 It was Abhimanyu who instilled confidence in me: Mahout Vasanth

Mysore/Mysuru: “I never had the experience of guiding any Howdah elephant in Jumboo Savari and I was nervous, but it was Abhimanyu who instilled confidence in me which helped me to be successful in fulfilling my responsibility,” said Abhimanyu’s Mahout Vasanth.

Sharing his experience with Star of Mysore as it was the first time for both Abhimanyu, who carried the Golden Howdah and himself who guided him in Jumboo Savari, Vasanth said that after the Golden Howdah was secured on Abhimanyu’s back, fear gripped him for a few minutes. But recollecting how his father Sannappa had guided the howdah elephant previously, helped him, he added.

“I was afraid as it was the first time, but DCF M.G. Alexander, Veterinarian Dr. D.N. Nagaraj and other officials initially instilled confidence in me and the experience of taking part in various operations to capture and drive back wild elephants and tigers also helped me,” Vasanth said.

“Abhimanyu co-operated very well while securing the Golden Howdah on his back and before I could give him a command, he used to understand what I would be conveying to him and never moved from the spot. To be frank, it was Abhimanyu who instilled confidence in me,” Vasanth said.

Abhimanyu was supposed to move slowly carrying the Golden Howdah on Vasanth’s command, but Abhimanyu himself walked majestically without giving an opportunity for him to give the command, Vasanth said and added that this made his responsibility lighter.

Vasanth said that he had vowed (harake) for the success of Jumboo Savari and added that everything went well because of the blessings of Goddess   Chamundeshwari.