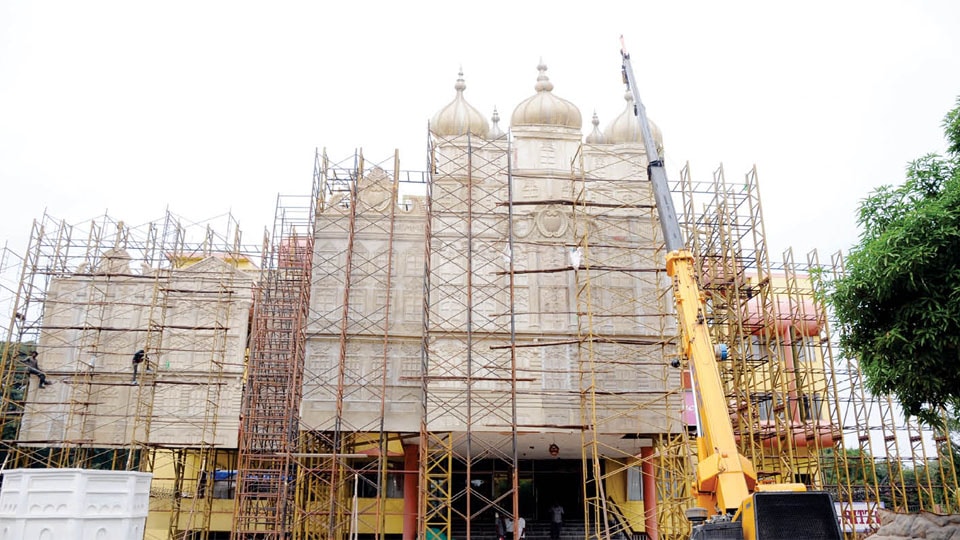 Why go to Himachal Pradesh or Jammu & Kashmir to experience snow fall when you can literally chill and freeze at your backyard?

Yes. Mysuru city will soon get a Snow World where one can play, dance, glide, and slide amidst snow and also climb snow-clad heights for ‘that’ adrenaline rush in your brain. The Snow World is coming up in Nazarbad at Shyamsundar Theatre that has stopped playing movies since ages. The area is behind the Regency Theatre that also has stopped functioning.

Works on the Snow World are in a war-footing and the facility will be completed in another 15 to 20 days. The old theatre has been completely refurbished and once complete the whole structure will resemble like Kremlin, a fortified complex at the heart of Moscow, the capital of Russia overlooking the Moskva River. 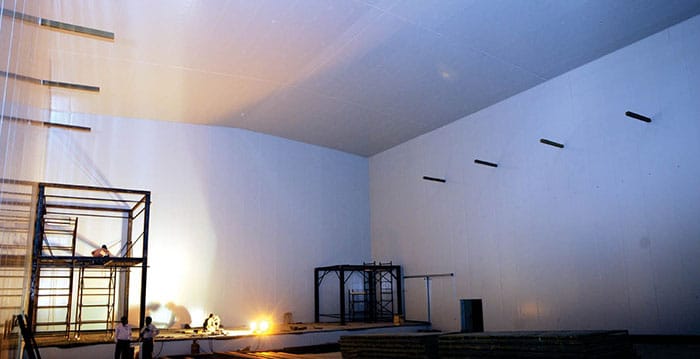 Bengaluru-based Fun World and Resorts that has established the popular Snow City at Jayamahal (Palace Grounds) in Bengaluru has bagged the work of Snow World in Mysuru. The land of Shyamsundar Theatre is owned by the erstwhile royal family of Mysore and the Fun World Group has come to an understanding with the royal family to set up the Snow World. 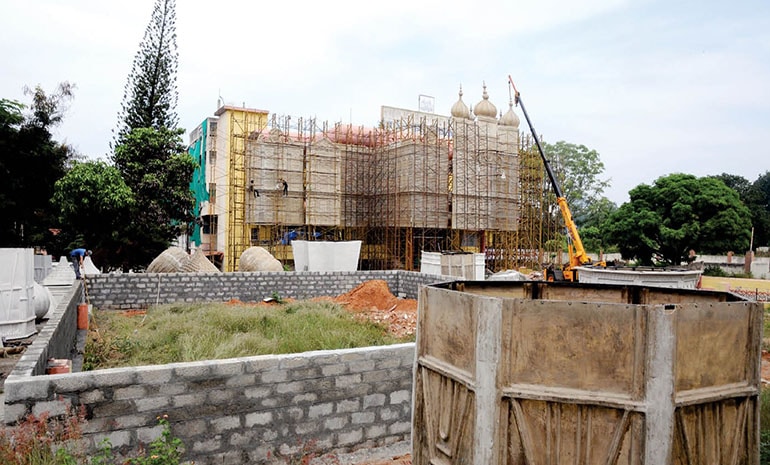 The garden and the selfie spot.

The indoor snow theme park being set up inside the cinema hall of the Shyamsundar Theatre is 1,000 feet long and 100 feet wide with temperature maintained at subzero degree centigrade. Every part inside the hall will be filled with snow made out of water and air, which is eco-friendly and edible too. The most amusing news is to have pleasure all in a negative temperature of minus 10 degrees along with living the lifestyle of an Eskimo.

Snow World will offer an experience in snow balling, mountain climbing, snow jumping, sliding, sledging, dancing, snow skiing and snow sliding along with DJ music. All attractions are suitable for family entertainment and the place is a must-visit attraction and will regale adults and children alike. 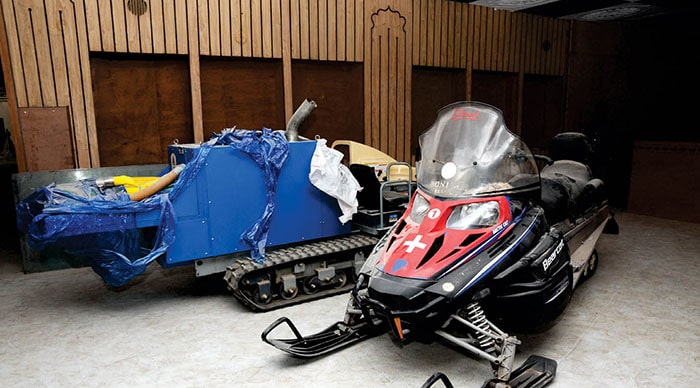 Speaking to Star of Mysore, Project Supervisor Mallikarjun said that the park will stay open each and every day of the week and is a fine place to spend some quality time with your near and dear ones. “No matter when you visit you will always see subzero temperatures being maintained over here,” he says.

Trained personnel will always keep a watch on gamers and those using skiing machines and rescuers will be stationed at the venue. All the players will be provided boots, helmets, thermals, caps, gloves and jackets as the temperature will be below freezing. The elderly and children can catch cold quite quickly, he added. 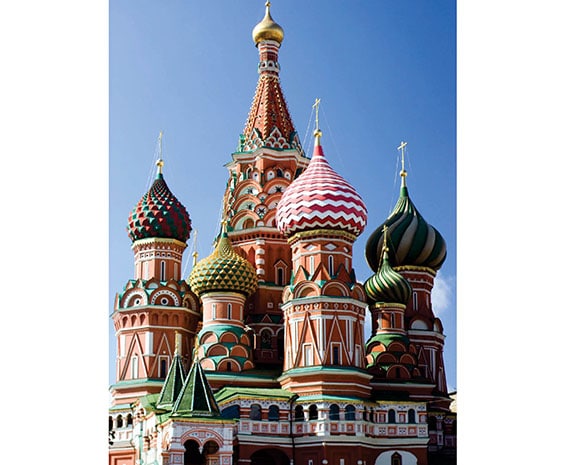 A team of 120 skilled workers have been working on the Snow World project since the last three months and the tourist attraction will be completed in another 15 to 20 days. The skilled workers have been specially brought from Kolkata, Mumbai and Chennai.  The entrance of the Snow World will have an attractive park and there will be an exclusive selfie zone so that the tourists can take selfies with the Kremlin-style building. Entry fees and timings have not yet been finalised and they will be announced once the Snow World is open the public, Mallikarjun added.