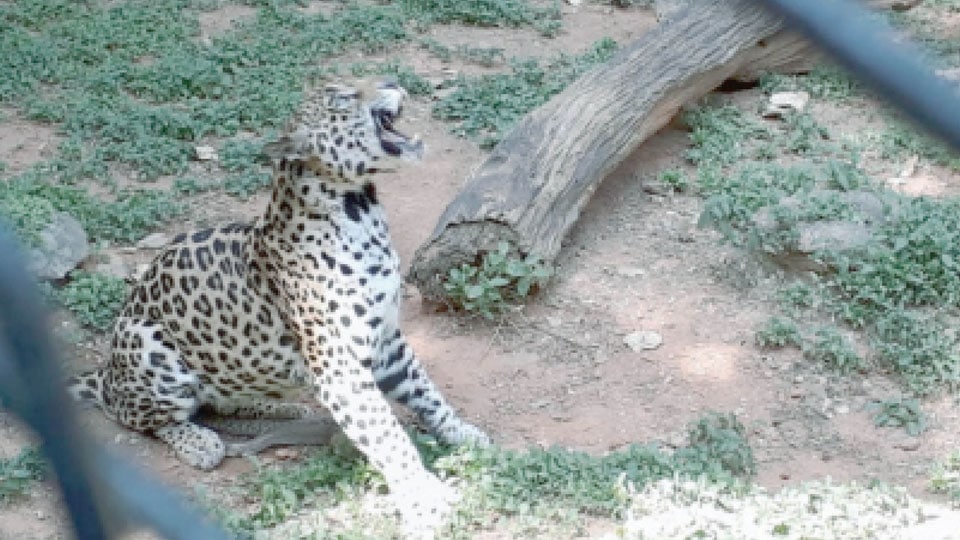 Mysuru:  In a rare incident, a cobra that strayed into the Mysuru Zoo was bitten by a jaguar yesterday afternoon and the cobra in turn bit the jaguar. Later, the reptile died due to bite injuries and the feline died due to snake venom. The jaguar was one among the two jaguars sheltered in the Zoo.

According to Zoo Executive Director Ajit M. Kulkarni, the 13-year-old Jaguar, named as Raja, was in its open enclosure when a cobra sneaked into the enclosure at about 1.30 pm. As soon as Raja saw the cobra inside its enclosure, it pounced on it and bit it and in retaliation, the cobra bit Raja back.

The fight continued for about 15 minutes and the animal keepers rushed to Raja’s enclosure and separated them. But Raja had already killed the cobra and in the process, had taken a few cobra bites.

Realising that the snake venom would soon start to take its effect, animal keepers and Zoo authorities rushed Raja to the Zoo Hospital but the feline died at about 3.15 pm, the Executive Director said. “We removed the cobra from the feline’s mouth and started treatment immediately. But the jaguar didn’t respond to the treatment and died,” Kulkarni said.

The Zoo staff actually spotted the cobra entering into the jaguar’s enclosure. “Before our workers could enter the enclosure, Raja bit the cobra and it retaliated,” he added.

He further said that it was not possible to stop snakes from moving around inside the Zoo. “Such incidents have occurred in the Zoo earlier and this is for the first time that a jaguar was involved,” he said. Born in 2005 in Delhi, Raja was brought to Mysuru Zoo in 2006 and housed with another jaguar Poojari, a loner now.