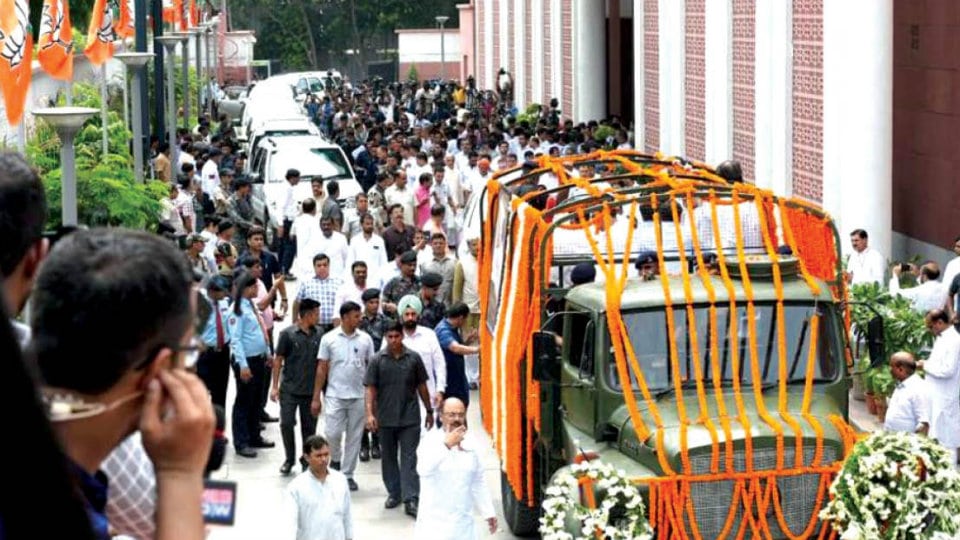 To be cremated on Yamuna River banks

New Delhi: Former Finance Minister and BJP veteran Arun Jaitley (66), who died yesterday, will be cremated with State honours this afternoon on the banks of Yamuna River.

His body was kept at the BJP headquarters where party workers and leaders paid their last respects before cavalcade carrying the mortal remains left for final journey to Nigambodh Ghat at around 1.15 pm.

The funeral procession passed on eight-km route from the BJP office to the Nigambodh Ghat on the banks of Yamuna river where the last rites will take place around 2.30 pm.

Prime Minister Narendra Modi, who was in Bahrain yesterday, turned emotional at an event as he remembered his “friend”, Arun Jaitley. “I can’t imagine that I am so far here while my friend has gone away. Some days ago, we lost our former External Affairs Minister Behen Sushma Ji. Today I have lost my friend Arun,” he said.