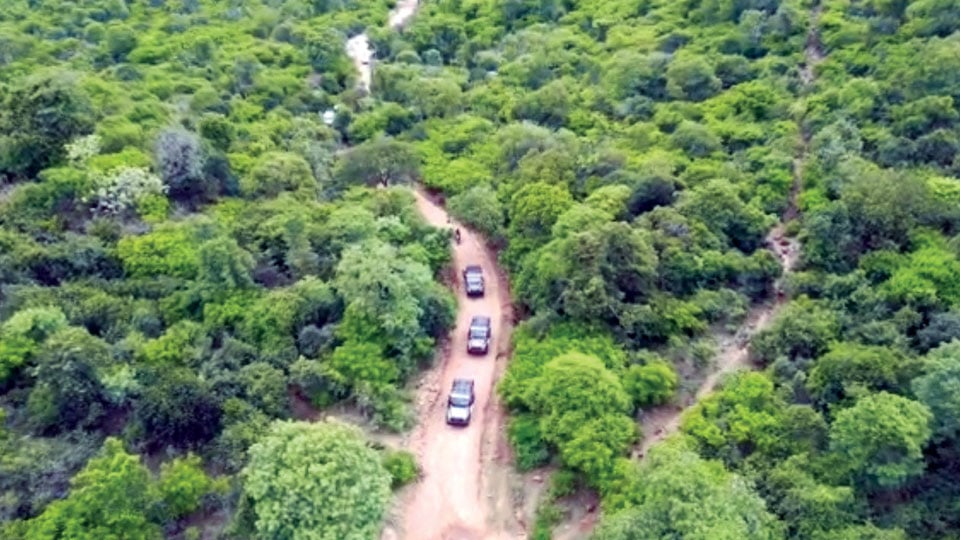 On the cusp of being declared a Tiger Reserve, the Male Mahadeshwara Hills (MM Hills) Wildlife Sanctuary has launched the first-ever ‘Jana-Vana Sethuve,’ multi-purpose vehicles which act as ambulance, school bus, ration vehicle and conveyance vehicles for remote villages within the boundaries of the Sanctuary and also around it.

The vehicle service has been launched with an aim of providing last-mile connectivity to forest dwellers who are cut off from mainstream life. At present, they depend mostly on foot or bullock carts for transport from one place to another.

This is for the first time that the Forest Department and the Chamarajanagar District Administration have taken such an initiative, realising the desperate need to provide connectivity to the remote areas. Over 15 tribal hamlets with nearly 5,000 people will benefit from the initiative.

As part of the initiative, four multi-purpose vehicles have been launched to connect these tribal hamlets. A majority of the people who live in these remote areas are tribals and development is miles away from their houses.

Spread over 920 sq. km, the MM Hills Wildlife Sanctuary has 25 villages with it and at its fringes. The funds for the project amounted to Rs. 56 lakh and was released from District Mineral Fund. The vehicles were recently handed over to Deputy Conservator of Forests (DCF), M.M. Hills Wildlife Sanctuary V. Yedukondalu by Chamarajanagar Deputy Commissioner Charulata Somal.

The ‘Jana-Vana Sethuve’ aims to bridge the distance between the remote tribal hamlets and the major human habitation around M.M. Hills. “This is part of the outreach programme by the Chamarajanagar District Administration and the Forest Department. It will be implemented on all those routes where there is no public transportation. The vehicles will function 24X7,” DCF Yedukondalu told Star of Mysore.

Many of the villages are situated along steep gradients and are not easily accessible. As a result, patients and pregnant women had to be physically carried for a certain distance to reach the ambulance. Also, school children and regular people used to walk fearing being attacked by wild animals, especially elephants.

“These vehicles will travel in the routes and will function as an ambulance, public bus ferrying passengers, ration bus transporting food and ration supply and also as a school bus by ferrying school children from their homes to schools,” he said.

The services of these vehicles will be free when they operate as ambulances or school buses. Regular fares similar to State Transport fares will be levied for other transportation services, Yedukondalu added.

Three of the four vehicles will travel with a focus on MM Hills and surrounding villages while the other vehicle will operate at Ajjipura village. Four routes have been finalised and one route will connect Indiganatha-Tulsikere-MM Hills and Medagalaane.

The phone numbers of 108 ambulances have been shared with the drivers of these ‘Jana-Vana Sethuve’ vehicles so that the needy can get medical care at hospitals. People requiring the service can either send a message to the designated WhatsApp number or can call the same number.

The vehicle service will be managed through Eco Development Committee and all vehicles are equipped with first aid kits. The drivers have been trained in providing first aid and they will strive their best to reach the injured to the hospitals.