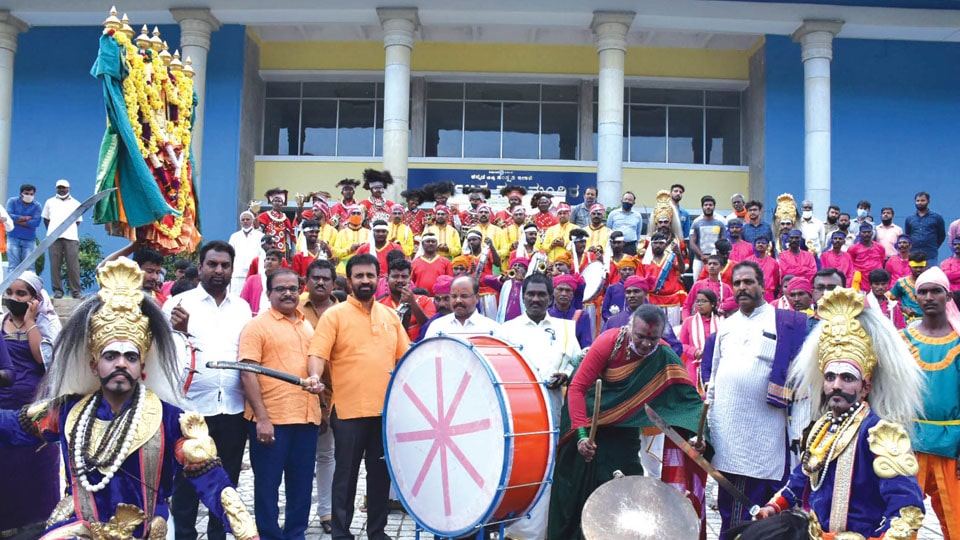 Mysore/Mysuru: A variety of rich folk art was unveiled as part of ‘Janapada Suggi’ held in connection with World Folklore Day, organised by Kannada Janapada Academy at Kalamandira in city this morning.

Speaking on the occasion, MLA Nagendra called upon the people to protect and promote rich folk art for the next generation. “The folklore helps in building a responsible society. The uniqueness of this art has been conveying experience in life through entertainment. This was still surviving in rural areas and it was the duty of everyone to protect it for the coming generation,” he added.

Academy Chairperson B. Manjamma Jogati said “One can master art through dedication, hard work and devotion. Parents must make their children to learn at least one art form.”