Home » News » JD(S) will not be accountable if coalition candidate loses: GTD 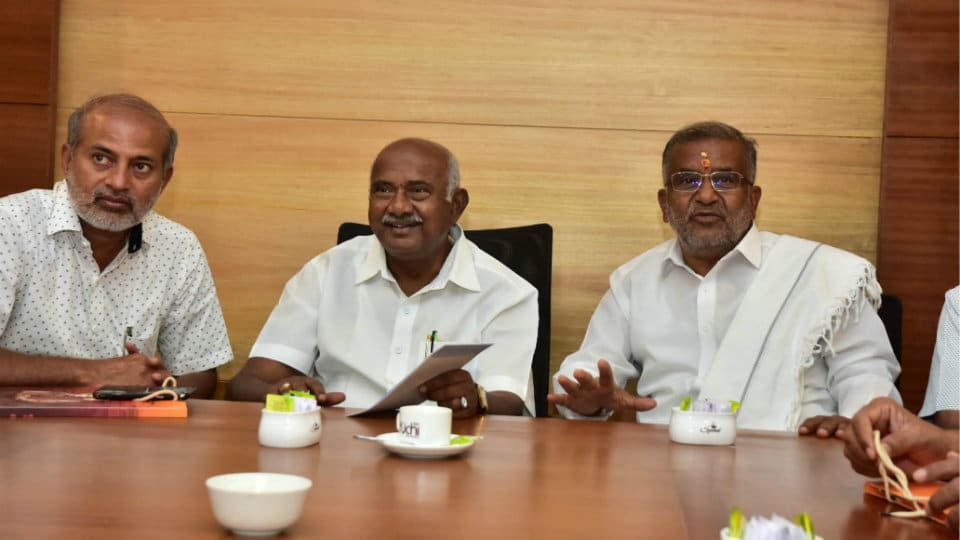 JD(S) will not be accountable if coalition candidate loses: GTD

Mysuru:  After the JD(S) party workers meeting at a private hotel in city this morning, Mysuru District Minister G.T. Devegowda (GTD) reportedly said that JD(S) leaders will not be held responsible if coalition candidate C.H. Vijayashankar loses the election. He, however, denied the statement later and said that his words have been misconstrued.

When a reporter asked GTD if his party, the JD(S), would take the blame if Vijayashankar is defeated, GTD reportedly quipped, “Neither me nor Tourism Minister S.R. Mahesh will be responsible if such a thing happens. Did Siddharamaiah claim responsibility when A.H. Vishwanath (present JD(S) President) lost the MP election in 2014,” he asked.

However, later clarifying his stand, GTD said that his remarks were misinterpreted. “I did not say this to spite anyone. I only said that all depends on the voters who will choose their leader. The question of owning responsibility for electoral loss does not arise here. All this would not have arisen if we had fought the election separately,” he said.