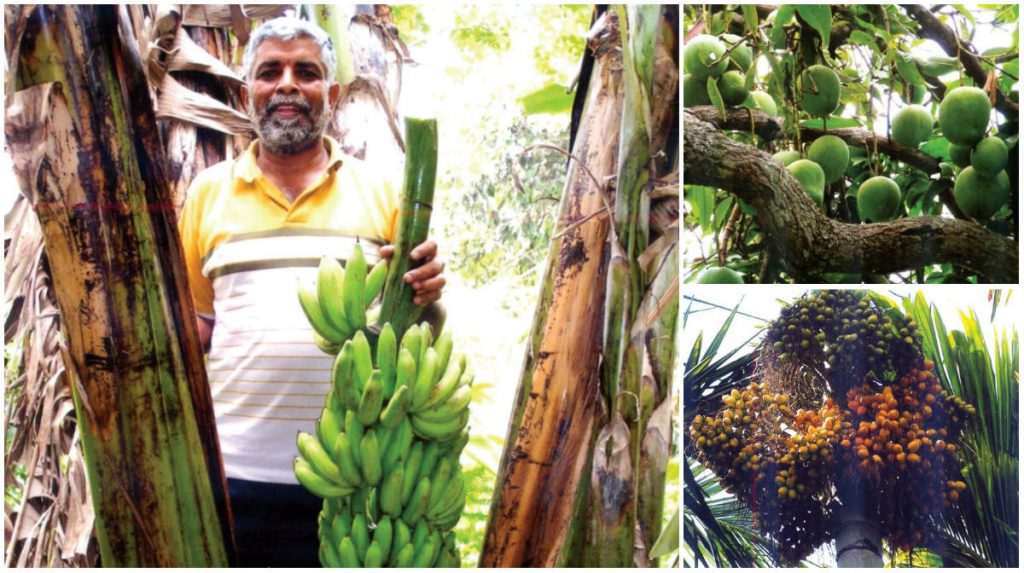 Journey of a natural farmer through the eyes of a Historian

Renowned Historian and former Vice-Chancellor of Mangalore and Goa Universities Prof. B. Sheik Ali, an avid reader of Star of Mysore, is penning an article for this newspaper for the first time. The nonagenarian, in his lucid hand, writes about the importance of natural farming and highlights how M.K. Kailash Murthy, a natural farmer, cultivates his lands in Mysuru and Chamarajanagar without using any fertilisers. — Editor

By Prof. B. Sheik Ali

There is no dearth for creative vision even in Mysuru. If N.R. Narayana Murthy has gifted Infosys and Raja Ramanna, Atomic Energy,  M.K. Kailash Murthy is presenting us Natural Farming. His passions are two — generate power through solar energy and explore soil potentials for agricultural products.

The two farms he owns in Mysuru and Chamarajanagar districts are blooming with a variety of agricultural crops through natural farming without any fertilisers. He has very successfully experimented what vital potentials exist in mother earth.

Have we ever reflected that a grain of wheat or a blade of grass would not grow unless all the vital forces of the soil together with the heat and light of the sun would not lend their help to them? Murthy had concentrated more and more on these two factors, the natural resources within the soil and the powerful energy up from the sky.

We accept after independence we brought about green revolution, but Murthy would question at what cost? The revolution came about through inorganic manure, enriching the soil through artificial means.

He is opposed to this concept. His Academy of Natural Farming holds the view that the soil does not need man-made fertilisers. They suck the vitality of the soil and yield rich crops for a short period, but in the long run, they are extremely harmful. On the other hand the humus produced by the herbs, weeds and leaf litters is so rich in potential that it is enough to act as a powerful agent for good crops. He has very successfully conducted experiments on air point, which yielded him very good results.

His intense interest in the utility and vitality of potentials below and above, earth and sky, brought about some significant results. One was increased production, more than twice the quantity through conventional methods. The other was vast improvement in quality. His papaya and mango taste like honey.

He has become a progressive farmer known for innovative measures disseminating technology for the development of horticulture and cash crops.

The University of Agricultural Sciences (UAS), Bengaluru, reported that Murthy had dedicated himself to natural farming which would supply all the benefits of forests in addition to producing sustainable food crops. Other experts say his farm is a feast to the eyes, where there is no tillage, no weeding, no pruning and no application of fertilisers and no chemicals of any sort. The concept is harmony in potentials of the soil, if only man takes to right type of analysis.

The mutual help of symbiotic relationship exists in natural forests, like the functioning of any living being. Different horticultural plants such as banana, mango and coffee grow more luxuriously under natural conditions than under conditional practices. Added to that they would be free from pests and diseases.

This system of natural farming is extremely helpful for bio-diversity of both flora and fauna. It recharges ground- water, checks soil erosion, helps insects, birds, reptiles and earthworms to flourish and enriches micro-organism. The technique used is mulching, covering the soil with weeds and leaf-litters, very thick in size, 6 to 9 inches.

A survey of this farm has stated that as many as 138 species of herbs, plants and trees belonging to 28 families are growing here in harmony like a forest ecosystem by using only sunlight. Rainwater trickles down to the roots.

The astonishing feature of this kind of farming is the cost reduction in production. Only one labour attends to farm activity on regular basis for a farm of six acres. No pesticide of any kind is bought and no fertilisers. With zero input, maximum output is gained.

Another feature here is its forest ecosystem where Peacocks lay eggs, Hornbills weave nests and insects, birds, worms and reptiles thrive to present a panorama of a natural forest with neem, teak, rosewood, silver oak, totalling about 3,069 trees.

At a time of global warming through excessive release of carbon, Kailash Murthy’s venture seems to be a revolution of sorts in agricultural sector. He has turned a farm of 22 acres into a mini-forest in one of the most drought-prone region of Karnataka. 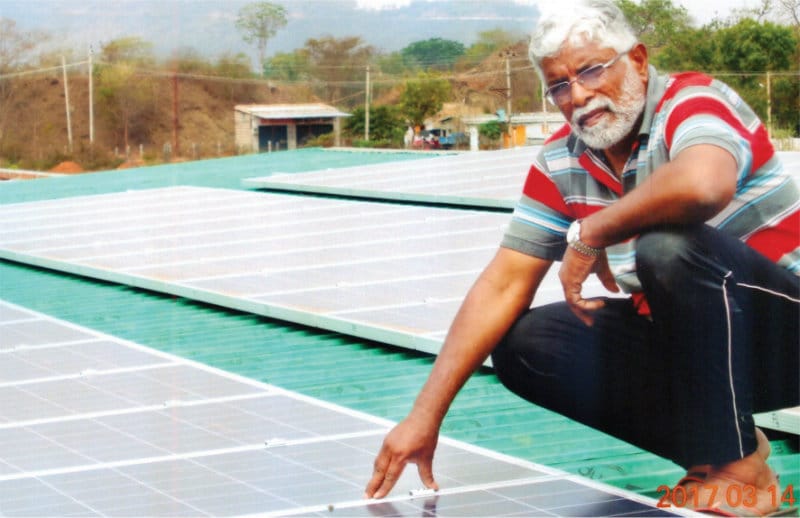 One more very significant point to note is that Murthy happens to be the first person in the world to use solar energy for the production and preservation of food crops.

He has been very successful in this endeavour. He has shown that use of photosynthesis principle would not only cut the cost of production but also would enhance enormously the quality and quantity of products. One would be amazed at the bunch of bananas he had raised.

In conclusion, we may say Kailash Murthy has brought a silent revolution in the agricultural sector through his natural farming, which could be an eye-opener to the planners of our country.

He has shown with zero input, one can earn lakhs. He would say we do more damage to ourselves and to our land if we were to ignore the vital forces that exist in nature. He would say the response to the growing population of the country would be innovative measures, creative vision and intuitive intellect. He would say observe laws of nature which possess potentials of inner growth. He would say follow your instinct and not your logic. He would say the consumer would be greatly benefited by buying products of natural farming, as the cost of production through conventional means would be much higher.

It is indeed a wonder that a person gives up his cosy bank job, takes to farming and conducts such experiments that bring outstanding results. It costs him nothing except his thought process. Of course, he got inspired by a Japanese Scientist, Masanobu Fukuoka’s ‘The One-Straw Revolution.’ He objectified his mighty things of reaping 30 quintals of rice per acre in a farm where exists 300 varieties of plant species, some of them medicinal, apart from scores of agricultural crops.

He is a legend in the area of his activity, a path-finder showing how to live and how to be happy. Such men are rare indeed! How we wish we had more Kailash Murthy’s in our land!

Lastly, Murthy is prepared to directly supply his products of natural farming, including rice, to the consumers at a price much lower than the price of products raised through organic or inorganic (chemical) fertilisers.