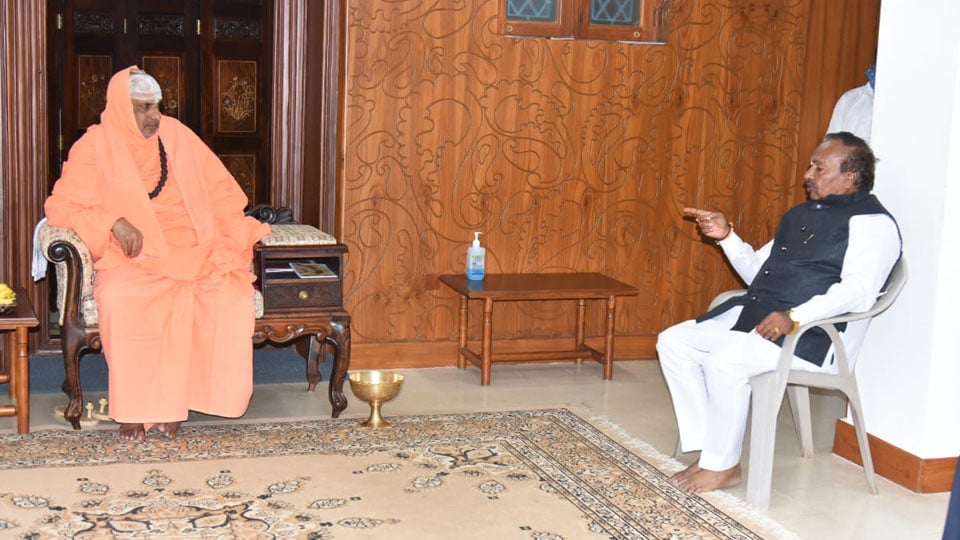 He was addressing the media after seeking the blessings of Suttur Seer Sri Shivarathri Deshikendra Swamiji at Suttur Mutt here. The Minister arrived in city as part of his tour of the district this morning.

Eshwarappa said that those calling the relief package as bogus are unworthy of it and added that it is the job of the Opposition to oppose everything.

Former CM Siddharamaiah and KPCC President D.K. Shivakumar led a protest in front of Mahatma Gandhi statue at Vidhana Soudha to oppose the APMC Amendment Act and appointments to Gram Panchayats. These leaders, who give long speeches on the Constitution, had not taken permission for the protest, he said pointing out that the Opposition Party is there just to criticise and do nothing concrete.

He said the appointments to Gram Panchayats was put before the Cabinet and was announced only after the approval.

Eshwarappa said that the country was fighting COVID-19 successfully under the leadership of PM Modi which has been appreciated across the globe and even the State is battling Coronavirus successfully. People know this and there is no need for a certificate from Siddharamaiah and Shivakumar, he added.