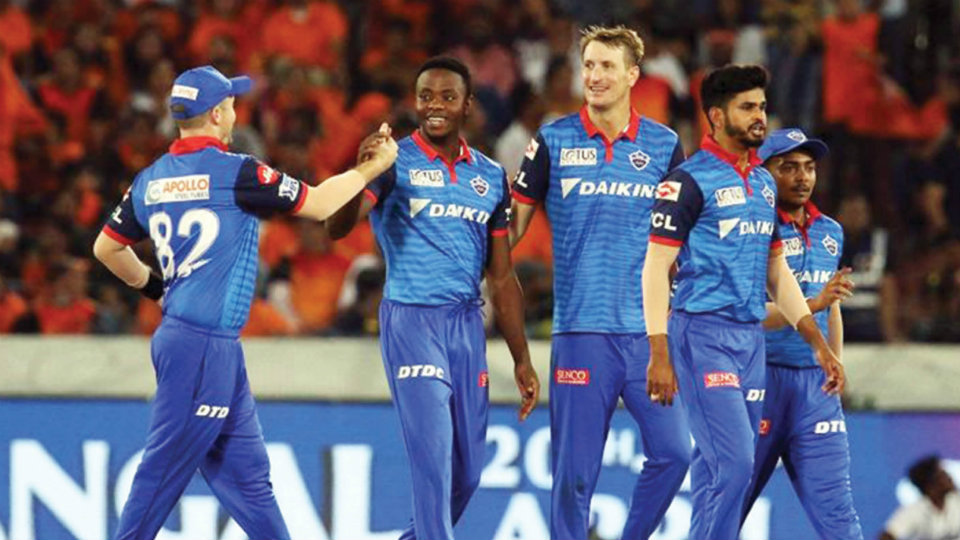 Chasing 156 runs, the home team were off to a flyer as David Warner and Jonny Bairstow added 72 runs in 9.5 overs. Keemo Paul dismissed Jonny Bairstow for 41. The Englishman’s innings included 5 fours and a six. Kane Williamson making a comeback after an injury failed to score big as he was dismissed for 3. Thereafter, Warner batting steadily ran out of partners from the other end. The Australian notched up his 40th IPL half-century. But he was dismissed off the very next ball for 51. His innings included 3 fours and a six.

Following the dismissal of Warner, the SRH middle-order batsmen wilted under pressure owing to the soaring run-rate. At one stage, SRH were cruising to victory when Bairstow and Warner were at the crease (72/0). However, they were bundled out for 116 runs in 18.5 overs.

Chasing 162 runs, CSK were off to a confident start as Faf du Plessis hit a quickfire 24 off 16 balls.

The other opener, Shane Watson (6) failed to contribute much as he was dismissed by Harry Gurney in the fourth over. Suresh Raina then joined Du Plessis. But Sunil Narine castled the South African captain for 24.

However, Ravindra Jadeja and Raina put together unbeaten 41 runs for the sixth-wicket as CSK coasted to victory with two balls to spare.