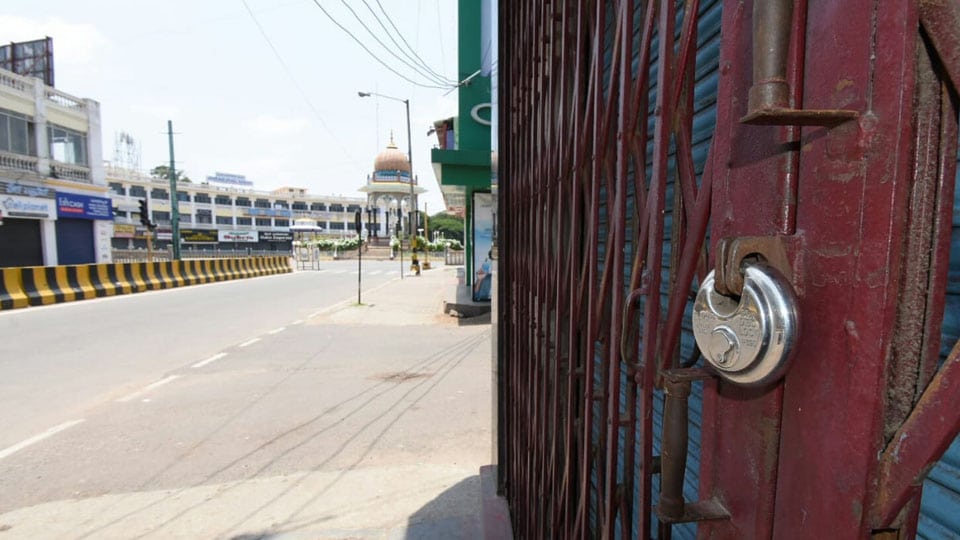 Mysore/Mysuru: With a host of organisations expressing support to the Karnataka Bandh called by farmer organisations tomorrow (Sept. 28) in protest against the recent amendments to Land Reforms, APMC, Electricity and Labour Acts effected by the Government, the Bandh is likely to affect normal life in city and district.

Speaking to SOM this morning, Hoskote Basavaraj, an office-bearer of Raitha-Dalita- Karmikara Aikya Horata Samiti, which has taken the lead in calling for the Bandh, said that around 600 members of various organisations will assemble in front of the KSRTC Sub-urban bus stand at 6.30 am tomorrow when it will be decided on taking out marches across the city.

Claiming that several Trader Associations of APMC, Devaraja Market, Santhepet etc., have extended support to the Bandh, he said that over 30 organisations and associations representing different sectors too have expressed their total support for the bandh, which is being held against the anti-people Farm Bills and other ordinances.

Maintaining that there will be no forcible closure of shops, Basavaraj said that people from almost all sections of the society have voluntarily backed the bandh.

Meanwhile, KSRTC Mysuru Rural Divisional Controller Srinivas told SOM that as yet, the KSRTC is yet to take any decision on stopping of services.

Asserting that bus services will begin as usual tomorrow morning, he said that, however, a decision on continuing the services will be taken depending upon the situation that prevails as hours pass by. He further said that the Police Department has been appealed to provide adequate security at Sub-Urban Bus Stand and the Depot at Bannimantap as a precautionary measure.

KSRTC City Divisional Controller Nagaraj said that there will be regular trips tomorrow. However, the trips will be run or discontinued depending upon the situation as it unfolds, he said and added that all security measures will be taken at the City Bus Stand and Depots for ensuring the safety of passengers and buses.

READ ALSO  Pushing for an Emergency?

However, hotels in the city will be open as usual tomorrow as the Hotel Owners Association has expressed only moral support for the bandh.