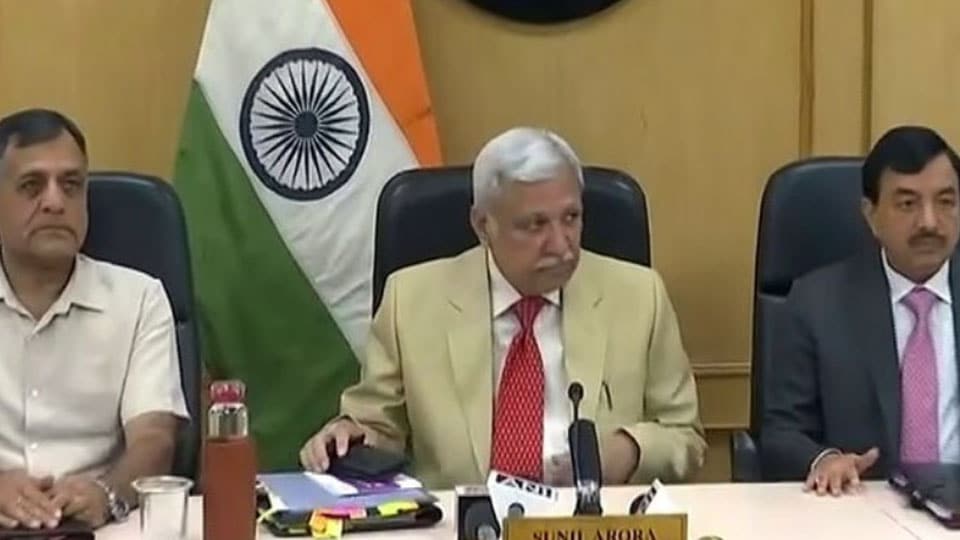 Karnataka by-election for 15 seats on Oct. 21

New Delhi: The by-polls in 63 Assembly seats in 18 States including Karnataka and one Lok Sabha seat in Bihar will be held along with the State elections in Haryana and Maharashtra on Oct. 21, Chief Election Commissioner Sunil Arora said this morning. The results will be announced on Oct. 24.

In Karnataka, where disqualification of 17 rebel MLAs led to collapse of H.D. Kumaraswamy government in July, by-polls will be held in 15 seats. These are the first State polls after the national election this year that the BJP swept, clearing the way for a second term of Prime Minister Narendra Modi.

Elections will be held for Hunsur, K.R. Pet, Mahalakshmi Layout, Shivajinagar, Yeshwantpur, Hirekerur, Ranebennur, Gokak, Athani, Kagawad, Hospet, Hosakote, Yellapura, K.R. Puram and Chikkaballapura. The dates for Maski and R.R. Nagar have not yet been announced.