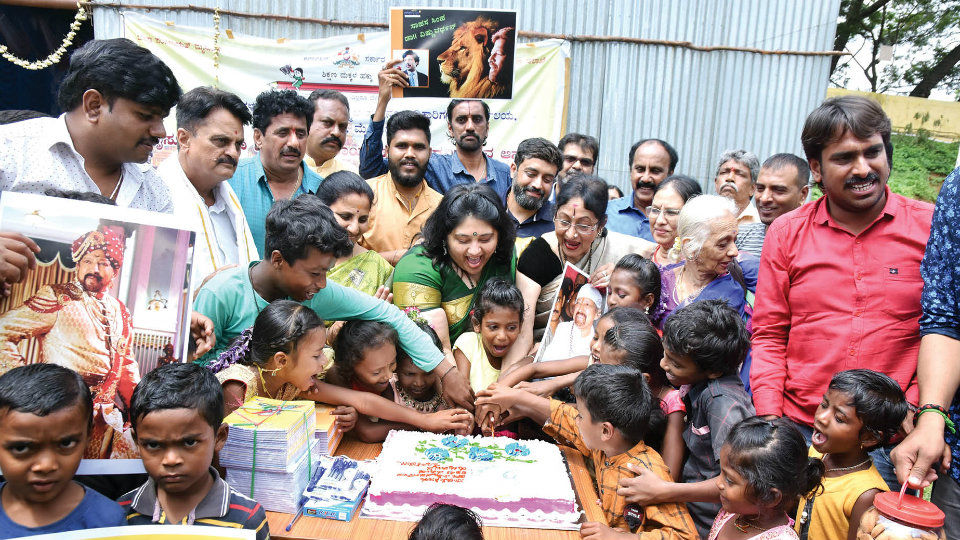 Mysuru: The 69th birth anniversary of actor late Dr. Vishnuvardhan was celebrated by various organisation in city on Sept.18.

Vishnu Abhimani Balaga had organised a function at Palace premises here where actor Bharathi Vishnuvardhan cut a cake and distributed among the children of mahouts and kavadis. She also distributed books and stationery to the kids.

Bharathi opined that the children who live in forests have unique talents being in close proximity to nature and wild animals but it should be identified and nurtured. She recalled Vishnu’s love for forest and animals which was portrayed through movies like Gandhada Gudi, Naagarahole and Jayasimha.