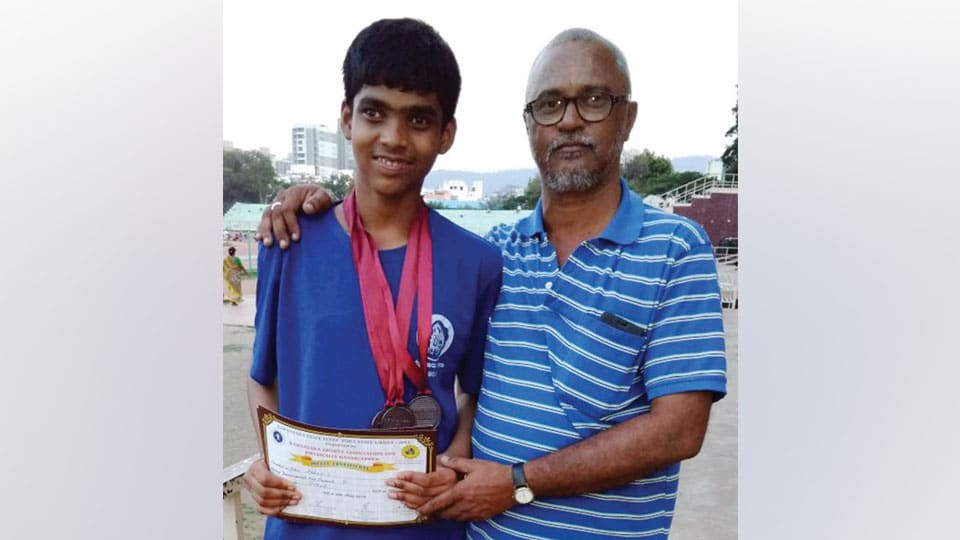 He is a 8th standard student at Princely State Montessori School, Siddarthanagar, Mysuru. He is being coached by SAK coach M.S. Gopinath at Chamundi Vihar Stadium for the last four years.

He is the son of S.J. Somashekar and R.N. Kavitha, residents of Siddarthanagar here.