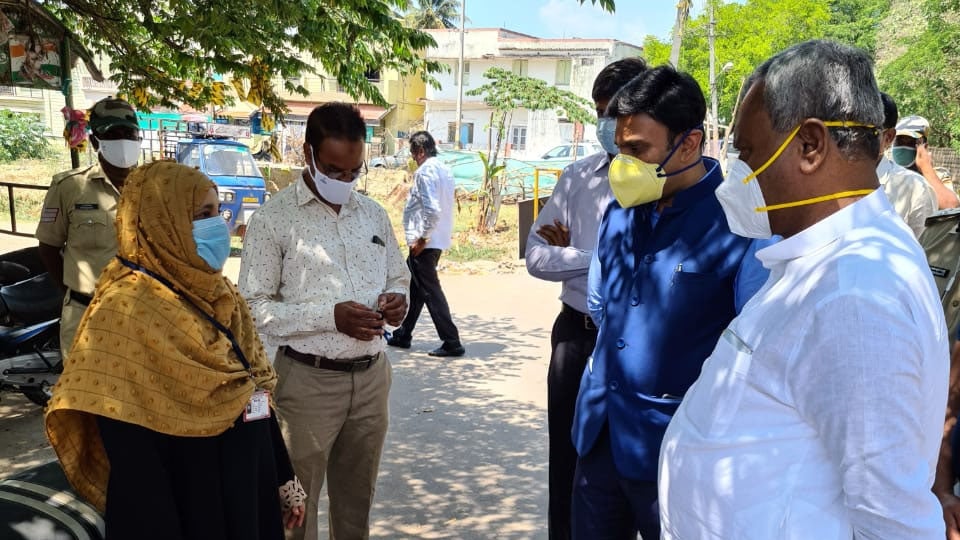 Mysore/Mysuru: The State Government will promulgate an ordinance, based on the Uttar Pradesh and Kerala model, to protect the Police and frontline health workers fighting COVID-19, said Mysuru District Minister S.T. Somashekar. The Ordinance is likely to be promulgated today itself.

This morning, an incident took place in Mysuru city where an ASHA worker was allegedly threatened by miscreants for asking them not to roam around during lockdown. The ASHA worker saw a group of three youths and asked them to get back to their homes and respect the lockdown norms. Irked by this, the trio threatened the ASHA worker of dire consequences. The ASHA worker has filed a Police complaint.

Reacting on the incident, Minister Somashekhar told reporters that the Police have booked an FIR and the trio would soon be arrested.

The Karnataka Epidemic Diseases Ordinance is mainly aimed at reining in those who are attacking frontline staff fighting the pandemic. The Ordinance gives the State government extraordinary powers to deal with the current COVID-19 outbreak by imposing restrictions on essential services. The ordinance also empowers the government to impose a 2-year penalty on curfew violators.