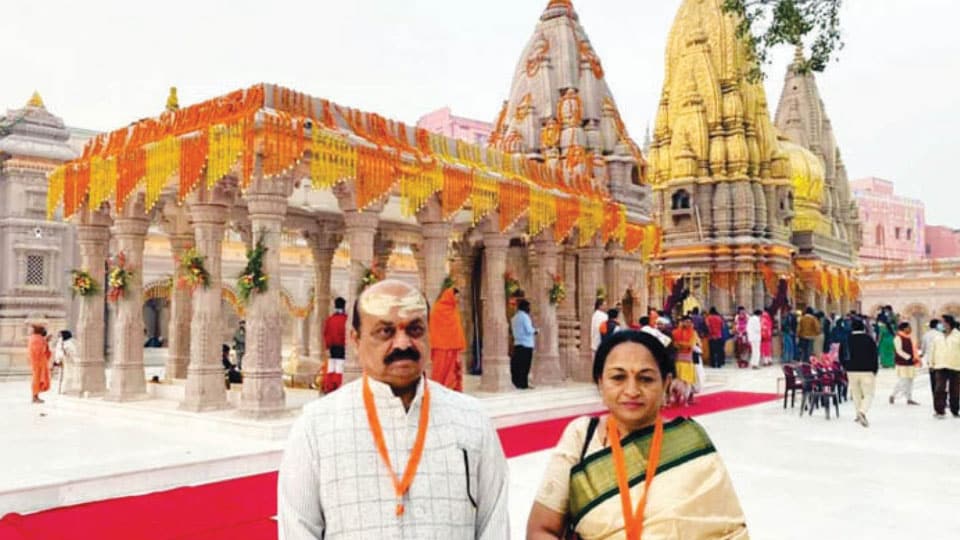 Mandya: Chief Minister Basavaraj Bommai has sought a report from the Muzrai Department on the possibility of developing Religious Corridors in Karnataka as being done in Uttar Pradesh and other parts of India to reinvent and redevelop spiritual destinations.

“The CM has shown interest in taking up Religious Corridor projects in Karnataka on the lines of Kashi Vishwanath Corridor in Varanasi and Mahakal Lok Corridor in Ujjain. Muzrai officials have been told to submit a report identifying sacred sites that can be covered under Religious Corridor development projects,” Minister for Muzrai, Wakf and Haj Shashikala Jolle said.

She was addressing the gathering at the inauguration of Maha Kumbha Mela at Triveni Sangama near K.R. Pet in Mandya yesterday.

“In compliance with the plans of the CM, instructions have been passed on to the Muzrai officials to explore such initiatives in Karnataka that is a place for many religious sites,” she said adding “PM Modi has taken many initiatives to restore the glory of temples in India and several prominent temples have been restored to its original glory. Kashi Vishwanath Temple Corridor, Mahakal Lok Corridor, Kedarnath Temple and Somnath Temple are some of the examples.”

Likewise in Karnataka, CM Bommai has given importance to the Muzrai Department and allocated the highest funds that no other Government allocated in the last 10 years. “This paves way for taking up various temple development works. During his tour of Vijayanagar district, the CM had expressed a wish to develop Temple Corridor projects in Karnataka. It is also our wish to realise the PM’s vision to take up similar projects in Karnataka,” Shashikala Jolle said.

Higher Education Minister Dr. C.N. Ashwathnarayan, who also attended the Mela, said that the CM plans to take up several Muzrai projects and is working on plans for evolving a corridor on the lines of Kashi and Ujjain corridors. He stressed that every house should get credit for the organisation of Kumbha Mela.