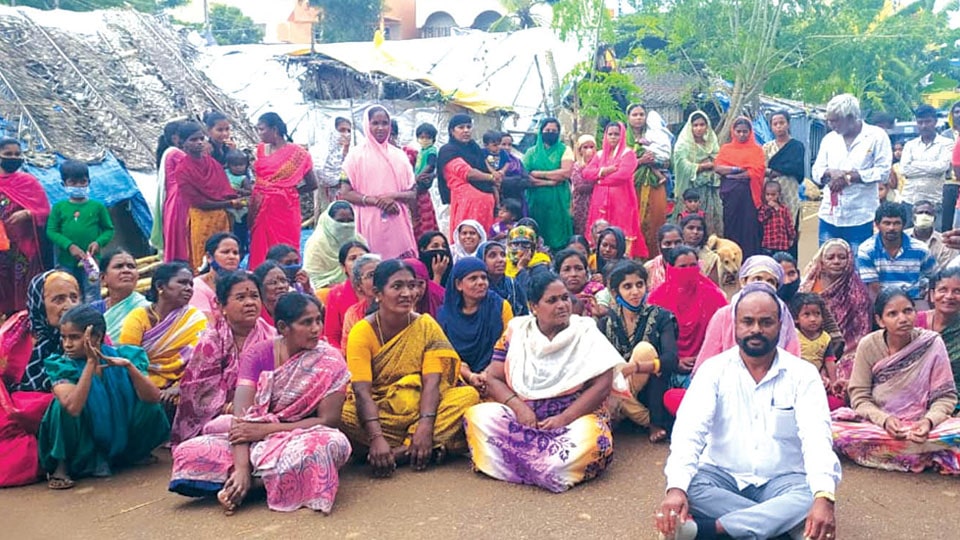 Mysore/Mysuru: Seeking homes for them, more than 80 hut dwellers residing near Kurimandi Park in Kesare staged a demonstration under the banner of Dalit Sangharsha Samiti (DSS) in front of the  park yesterday.

Claiming that they have been living in thatched huts for several years braving the sun and rains, the dwellers maintained that several representations to people’s representatives and the authorities to provide them shelter have gone unheard.

Accusing the authorities of being apathetic to their plight, they urged the Government to come to their rescue by building houses and providing civic amenities.

DSS office-bearer Nanjappa Basavanagudi and others took part in the demonstration.