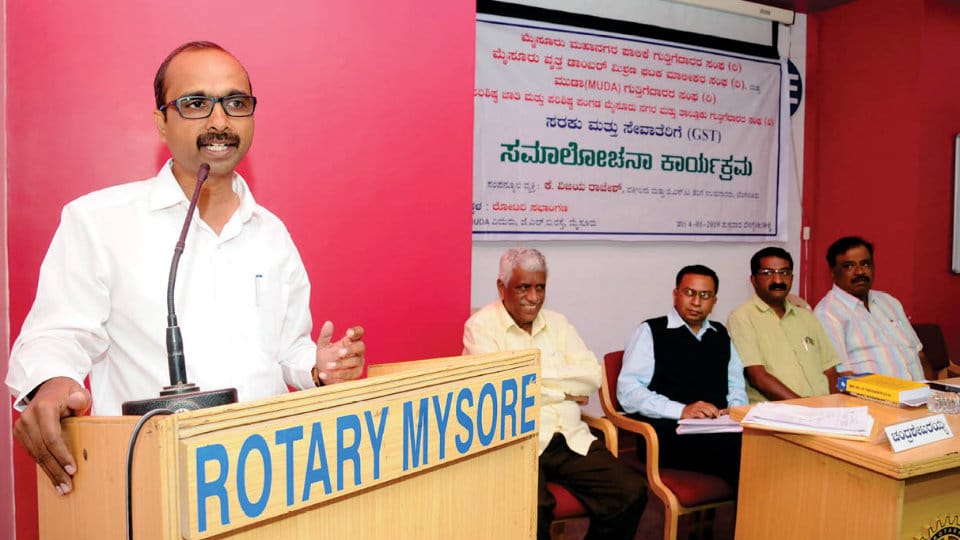 Mysuru: Goods and Services Tax (GST) Consultant K. Vijayrajesh has advised the contractors of Mysuru City Corporation (MCC) and Mysuru Urban Development Authority (MUDA) to sort out their tax-related issues by knocking on the doors of the Courts.

“As the Government has refused to make up the difference in GST due to the increase in tax, the contractors are forced to pay the difference, thus affecting their profits. Indirect Tax is not something that should be paid on profits earned. That is something that needs to be paid because of the services rendered,” he explained.