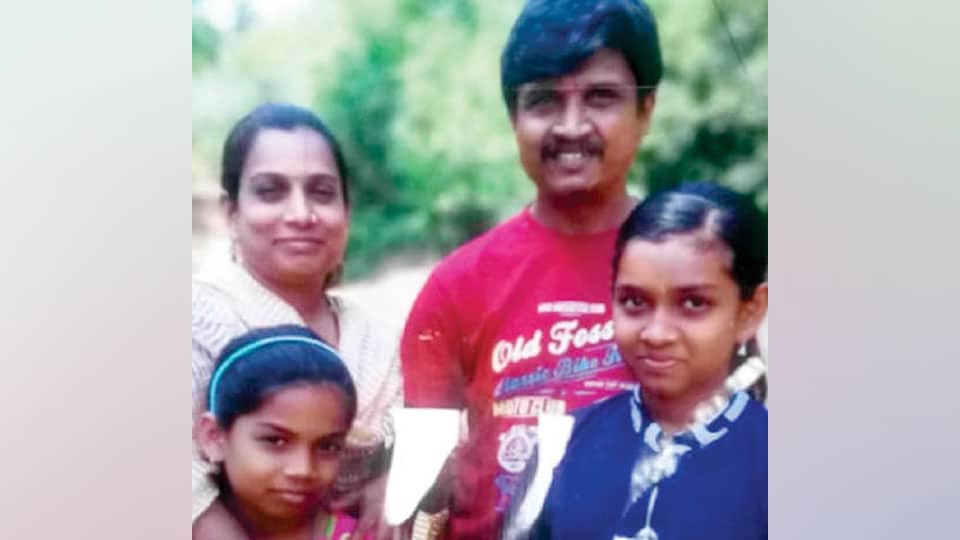 Madikeri:  Even as rain has abated in Kodagu, nine persons have been declared missing in landslides that occurred in the hilly Thora village in Virajpet Taluk. The bodies of Mamatha  (40) and her daughter Likhita (15) were recovered.

The other missing are the family members of Harish (Shankara, Appu, Leela) and Prabhu (Devaki, Anu, Amritha, Aditya). Veena from Periyapatna, married to a person in Thora, is missing. Also, Krishna, Kalyani, Kumar, Radha and Dinesh are missing from last two days. Officially, the District Administration has declared nine missing.