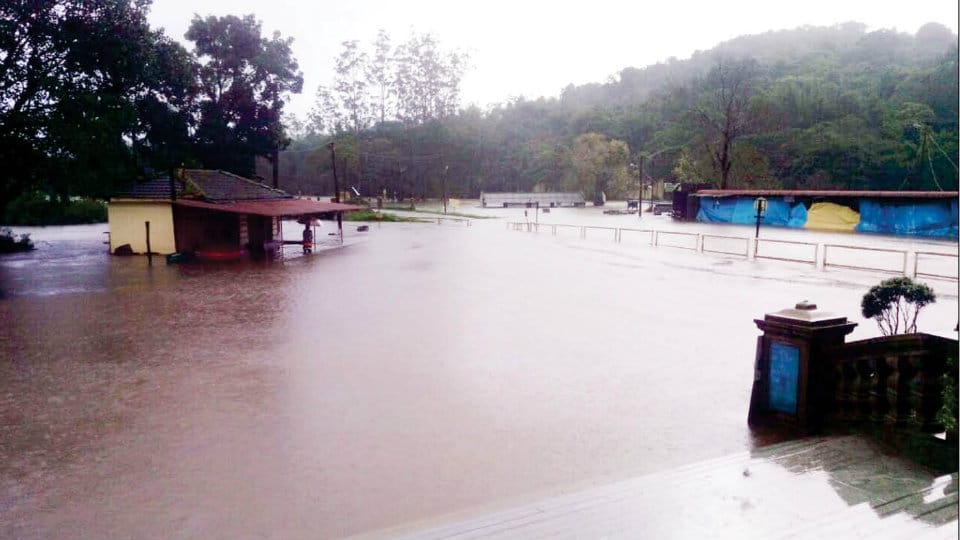 Madikeri: With no let up in rains which has continued to lash Kodagu over the past one week, the district administration has declared a holiday for all schools and colleges in the district for the second day today.

Even as the heavy rains continue to create havoc, the district administration is gearing up for Independence Day celebrations tomorrow. However, it is likely that all cultural programmes organised as part of the celebrations will be cancelled. 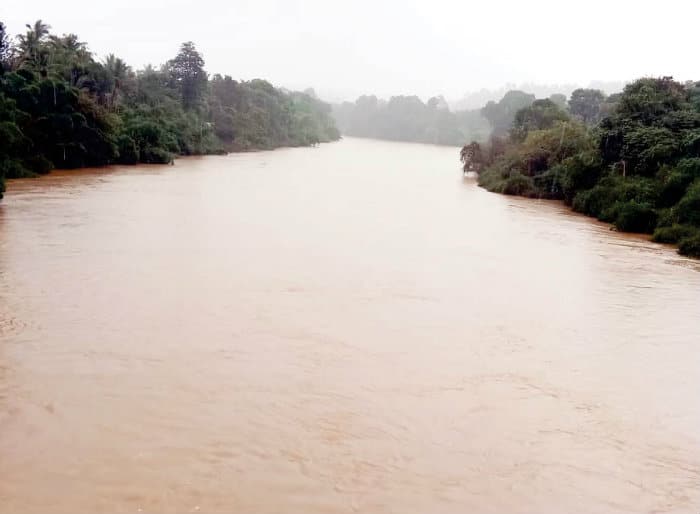 River Cauvery in spate near Siddapura.

Many landslides were reported from across the district today. There were minor landslides on Mukkodu-Hanjala Road, at many points near Madenadu on Madikeri-Mangaluru Highway (NH 275) and on many other important roads connecting towns and villages.

Incessant rains over the past couple of days has totally submerged Bhagamandala-Aiyyangeri Road, with water flowing 6 ft above the road, thus cutting off Talacauvery from the rest of the district. The Napoklu-Kolibane Road has been closed for vehicular movement as a bridge on the road is completely submerged by water.

Large tracts of agricultural land and paddy fields have been inundated and there are reports on electric poles and transformers getting uprooted due to strong winds and rains. Although the authorities have been making best efforts to clear the road as quickly as possible, heavy rains coupled with strong winds, have been hampering the clearing of large mounds of mud and boulders that have rolled on to the roads.

Harangi Dam: With heavy rains in catchment areas, the inflow to Harangi Dam has been rising steadily over the past couple of days. The outflow at the dam this noon was recorded at 35,000 cusecs. Anticipating floods, the authorities have sounded alert all along the Harangi basin, asking people living in low lying areas to move out to safer places, it is learnt.

Meanwhile, in Virajpet taluk, a huge tree was uprooted near Siddapura, causing damages to two houses and a car last evening.

The uprooted tree is said to have fallen on the car of one Sunil, a resident of Koodugadde, also damaging two houses. However, no casualties were reported in the incident. 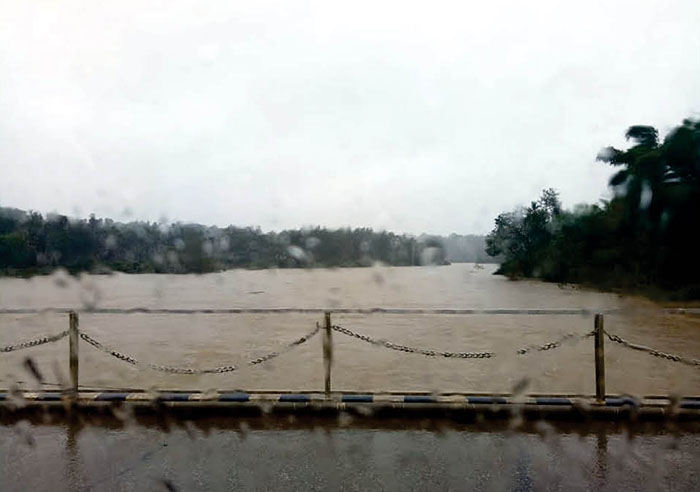 The Maragodu-Madikeri and Chettalli-Madikeri roads were blocked for traffic for some time yesterday, as huge trees fell on to the road near Hoskeri and Kanankady respectively.