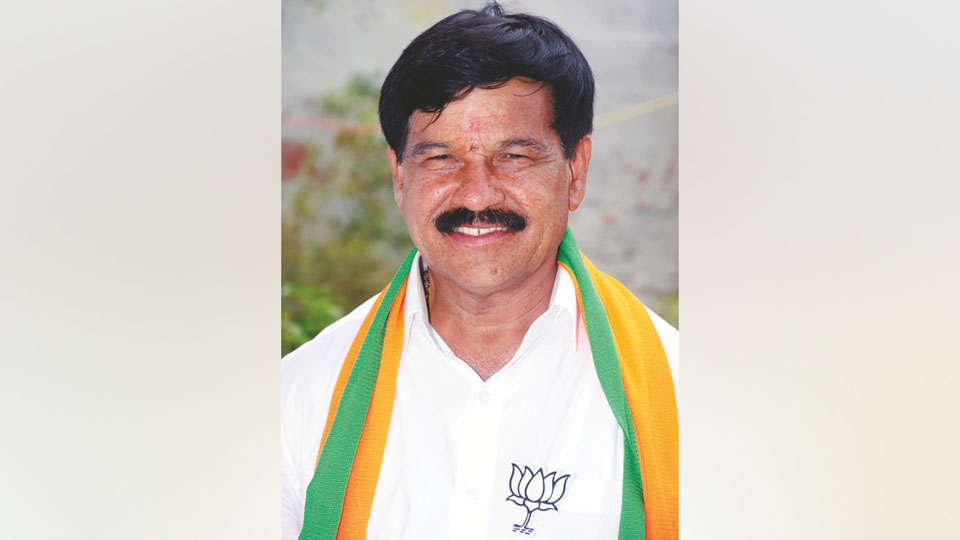 B.P. Manjunath thanks Ramdas on behalf of residents

Mysuru: Reacting to the long delay in the State Government’s announcement to exclude the MUDA-formed Siddarthanagar, Vidyanagar, K.C. Nagar, J.C. Nagar, Alanahalli and Income Tax Layouts, coming under Kurubarahalli Survey No.4 and Alanahalli Survey No. 41, from the declared ‘B’ Kharab land (Government land), K.R. Constituency MLA S.A. Ramdas has said that efforts are underway to resolve the issue and he would soon give good news to the residents of these Layouts.

According to Ramdas, the previous Congress Government led by Siddharamaiah at a Cabinet meeting had taken a decision to exempt the above Layouts from being declared as ‘B’ Kharab land.

But the then Government had decided to pass an order on the State Cabinet resolution in this regard only after taking into account the Court’s opinion on the matter. As such, there are legal hurdles in passing a Government Order, which have been discussed with the State Advocate General Uday Holla. “I will shortly announce good news for all the residents of these Layouts,” Ramdas said, speaking to Star of Mysore.

B.P. Manjunath thanks Ramdas for his efforts

Meanwhile, Kurubarahalli Sy. No. 4 and Alanahalli Sy. No. 41 CITB and MUDA Layouts Residents Welfare Association Convenor B.P. Manjunath, who is also the  former KEA Chairman, has in a press release thanked MLA and former Minister S.A. Ramdas for his sincere efforts to resolve the issue and thus put an end to the plight of the residents of Siddarthanagar, Vidyanagar, K.C. Nagar, J.C. Nagar, Alanahalli and Income Tax Layouts, coming under the two Survey Numbers.

Even though the JD(S)-Congress coalition Government is in power, MLA Ramdas, who represents the people residing in these Layouts, met the State Advocate-General and presented him a copy of the State Cabinet decision on the row, which shows the commitment of Ramdas in resolving the issue. Thanking Ramdas on behalf of all the residents of the Layouts, Manjunath has extended support to Ramdas in resolving the issue once and for all.

Manjunath has also appreciated the efforts of MLA Ramdas, as an MLA of the Opposition party, for taking up the cause of the residents and his continuous efforts to find a lasting solution to the issue, which has been haunting the residents of these CITB and MUDA Layouts for over five years, the release stated.