Mysuru: With the State Assembly polls just 10 days away, campaigning by political parties and candidates has intensified in the city.

Explaining the achievements of the ruling Congress Government, Somashekar appealed the residents to cast their precious votes in favour of him for a stable and responsive Government. 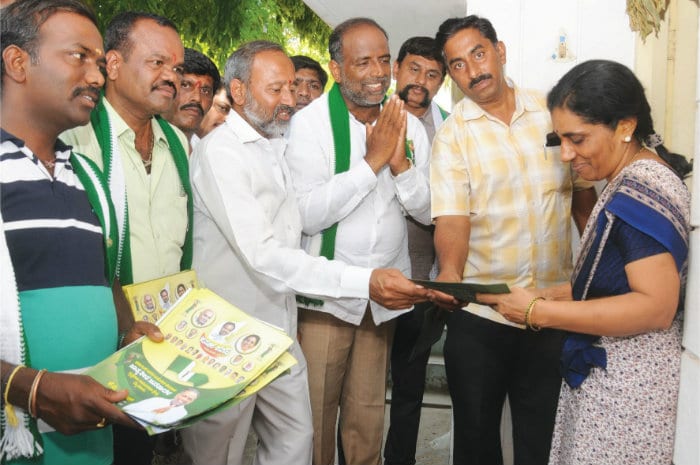 KR Constituency JD(S) candidate and Corporator K.V. Mallesh too held a brisk campaign in Kuvempunagar, Akshaya Bhandar and surrounding areas. Stressing on the need for electing a regional party to address burning issues that have been haunting the State, he appealed the people to vote for the JD(S) in order to make H.D. Kumaraswamy as Chief Minister.

Former Mayor R. Lingappa and others joined in the campaign.