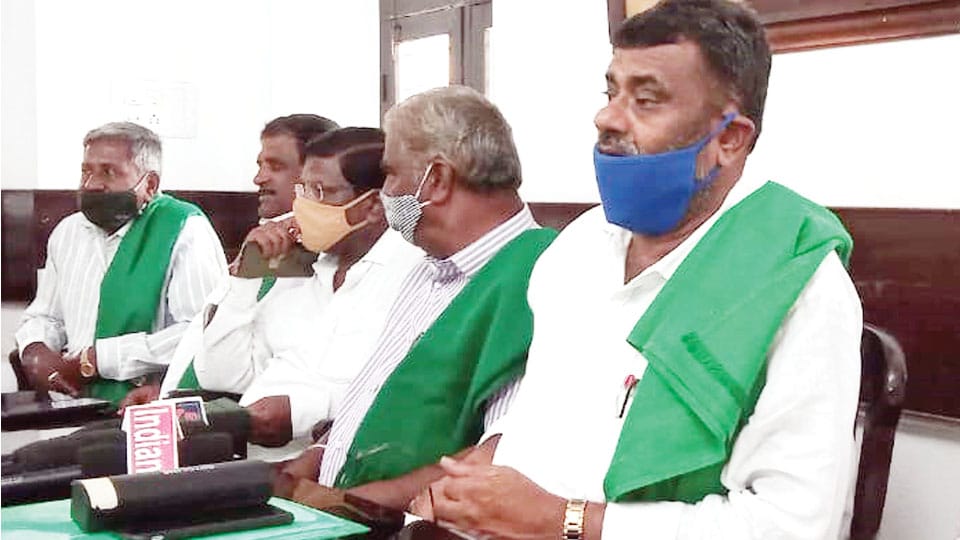 Mysore/Mysuru: Accusing the BJP Government in the State of throwing democratic norms to the wind, KRRS (Karnataka Rajya Raitha Sangha) has strongly opposed the amendments to Karnataka Land Reforms and APMC Acts, saying that the Govt. was out to protect only the interests of capitalists, while completely ignoring concerns of the farming community.

Urging the Government to repeal the amendments to Land Reforms and APMC Acts in the better interests of the farming community and the people at large, he warned of taking out  a torch light protest march and  holding midnight drum-beating demonstration on Aug.14 at Bengaluru, in association with organisations such as DSS (Dalit Sangharsha Samiti) and other like-minded groups.

He further said that a seminar would be organised in Mysuru on Aug.29 in order to sensitise the people on the dangers of the amendments made to the Acts and the Anti-people policies of the Union Govt. that threatens the livelihood of crores of people.