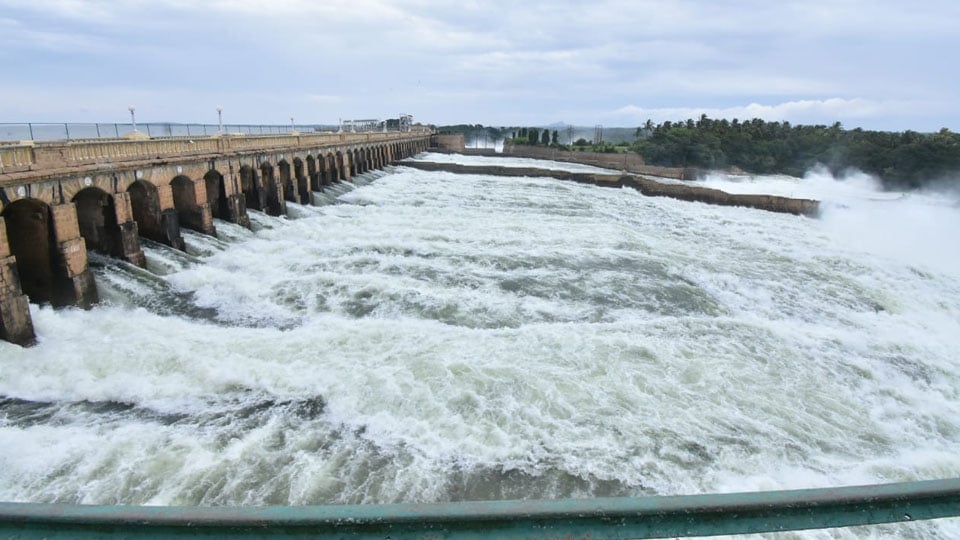 Mysore/Mysuru: With the KRS Dam in Srirangapatna taluk of Mandya district  full, Chief Minister B.S. Yediyurappa who has just recovered from COVID-19, is likely to offer the customary ‘bagina’ to River Cauvery at KRS Reservoir on Aug.18.

Today, the water-level at the Dam stood at 124.05 ft as against the maximum level of 124.80 ft, with inflow of 16,000 cusecs and outflow of 2,500 cusecs. Sources said that the Cauvery Neeravari Nigam Ltd (CNNL) has informed the CM’s Office about the same and is awaiting the date from the CMO. It is most likely that the Chief Minister may offer ‘bagina’ on Aug.18, sources added.

Last year, KRS Reservoir created a record of sorts by maintaining the maximum water level of 124.80 ft for 98 successive days. There is no previous records to show that the Dam was full for so many days, ever since its construction was completed in 1933.  Another interesting fact is that the Dam was full much earlier than usual, on July 20, 2018. The Dam then had become full in July itself after a gap of nearly 20 years.

The dates on which the KRS Dam became full in the previous years is as follows: