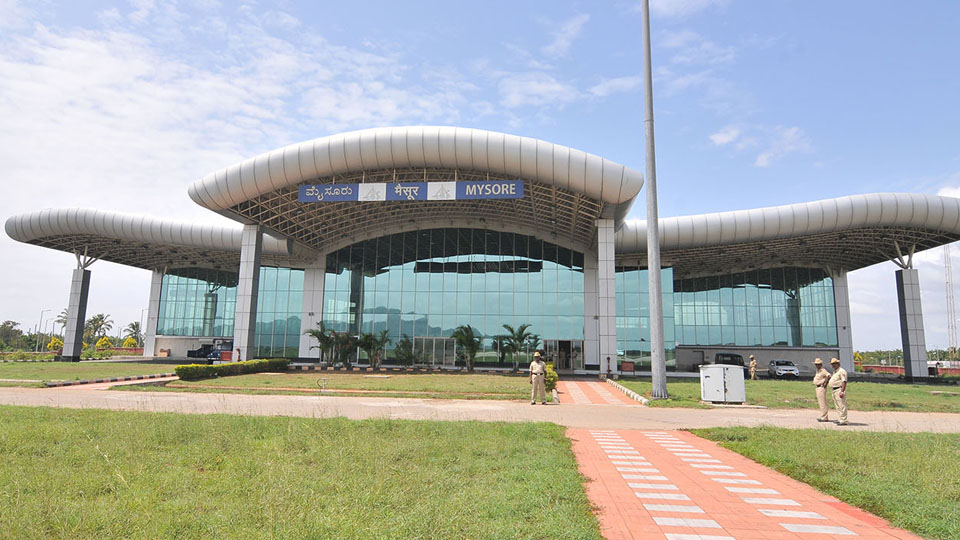 Mandakalli Airport to be developed

Mysore/Mysuru: While a proposal has been floated to establish a new International Airport near Srirangapatna as a parallel airport to Kempegowda International Airport (KIA) in Bengaluru, new development works at the Mandakalli Airport in Mysuru have picked up pace to attract more air travellers.

Elaborating on the new development projects, Mysore Airport Director R. Manjunath said that a new Railway Under Bridge will come up on the right side of the Airport building for more accessibility. This under bridge will provide easy access to the Airport and also help evacuate people from the building in case of emergencies. The Detailed Project Report (DPR) has already been prepared and tenders will be floated soon after approvals, he added.

On the Airport runway expansion plans where around 300 acres of land near Mandakalli is required to expand the runway to 7,900 feet and 45 metres, Manjunath said that the process to acquire land is already on.

At present the Mandakalli Airport has a single runway of 5,700 feet in length which is only suitable for ATR planes providing short-haul flight operations.

The existing airport is spread over 490 acres and under the expansion project, the length of the runway will be increased to 7,900 feet and 45 metres width that allows jet aircraft such as Boeing 737 and Airbus A320 to land at Mysore Airport.

“We have given thrust to    overall development of the Airport and have new fuel tanks, enhanced security and new toilet complex. In future too, development works will be taken up and once the runway is expanded, the face of the existing airport will change to sport a bigger, safe and convenient place to land and depart,” Manjunath added.

Among the measures taken by Mysuru unit of Airports Authority of India and the Tourism Department in Mysuru is a selfie point that will come up near the flag post at Mysore  Airport. The selfie point will be shaped in the form of ‘M’ and will be in the form of a tusker, representing the Golden Howdah-carrying elephant during the Dasara Vijayadashami procession. Letters ‘MYSURU’ will be a part of the selfie spot.

The selfie spot has been identified and the replica of the selfie spot too is ready and has been colourfully designed, Mysore Airport Director R. Manjunath told Star of Mysore. The Airport is encouraging the heritage concept of Ambari that is a pride of Mysuru, he said.

The selfie spot will be 15 ft in length and 9 ft in height and has been designed by mysuru.org and Sowjanya Prabhu from Mankutimma Studios, free of cost. The initiative has been launched with the support of Mysuru Tourism Department Deputy Director H.P. Janardhan, he added. The attractive selfie spot will be inaugurated in a week or two depending on the schedule of Mysuru-Kodagu MP Pratap Simha, he added.

2 COMMENTS ON THIS POST To “Mandakalli Airport to be developed”