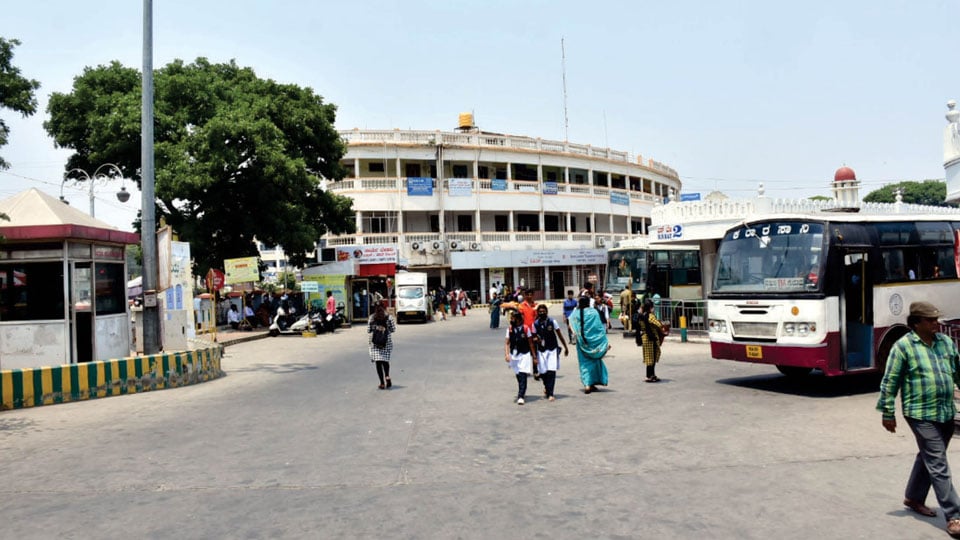 Mysore/Mysuru: The KSRTC City and Rural Divisions  have started operating  more buses with workers reporting for duty in a trickle as in the past couple of days, even as the indefinite strike launched by employees of the four State-run Transport Corporations seeking fulfilment of their various demands, entered the eighth straight day today.

Today, the City KSRTC Division operated over 200 buses on city routes while the Rural Division operated more than 50 buses in the first few hours from the Sub-Urban Bus Stand. KSRTC authorities are hopeful that more staff will report back for duty and with it, the services will improve.

Meanwhile, Private buses and other Public Transport vehicles which have been given temporary permission to operate on different mofussil routes from the Sub-Urban Bus Stand, continued their operations, picking up passengers just as they have been doing for the past one week.

However, no untoward incidents such as pelting of stones at KSRTC buses were reported from any part of the district in the last 24 hours, according to sources.