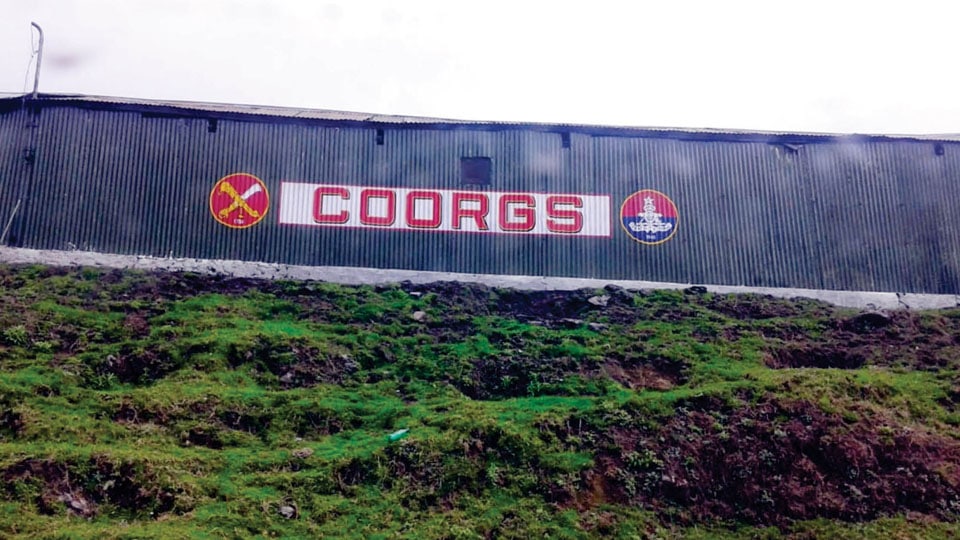 Association President Kattera Vishwanath presided over the AGM which discussed about Ex-Servicemen Welfare.

Hon. Legal  Advisor of the Association and  Veteran Sergeant of Indian Air Force (IAF)  Mandetira N. Subramani, while addressing the gathering, urged the members to motivate and train youths in the neighbourhood in Kodagu to join the Indian Army as officers or as combatant soldiers depending on their educational qualification and serve the country more meaningfully, besides taking up a challenging career in the Army.

Speaking on the existence of 37 Coorg Medium Regiment, he said Coorg Regiment in the Army is certainly pride for  Karnataka. He said that even though the Coorg Regiment prominently  displays the  insignia  of Kodagu, that is Odi Kathi and Peeche Kathi (traditional Kodava weapons) in all the sports track suits too and celebrates the two major festivals such as Puthari and Kailpodh, it is  surprising to note that there is no significant representation of Coorg Officers, Jawans and JCOs in Coorg Regiment as of now.

Subramani  also urged the President of the Association, an Ex-Non Commissioned Officer of the Army, Kattera Vishwanath, who served in Corps of  EME, to approach the Chief of Army Staff through an appeal in writing  to post a few willing young officers, JCOs and Jawans among Coorgs who are already serving in the Army in different artillery regiments  to 37 Coorg Medium Regiment to make the Coorg Regiment more meaningful and also conduct recruitment rallies in Kodagu frequently.

He said that T. Shettigeri Ex-Servicemen Association is the only Association in Kodagu and  Mysuru region which has its own land and building presently valued at Rs. 60 lakh and the required funds have been generated through donation exclusively from the members of Association.

Association President Kattera Vishwanath, who has already donated over Rs. 10 lakh in stages, advised the members to get their permanent residential address changed in the Army Records if they have changed their permanent place of residence to a different place  from the address  they had given at the time of enrolment in the Army.

The members unanimously elected Kattera Vishwanath and his team of other office-bearers for another term of three years.