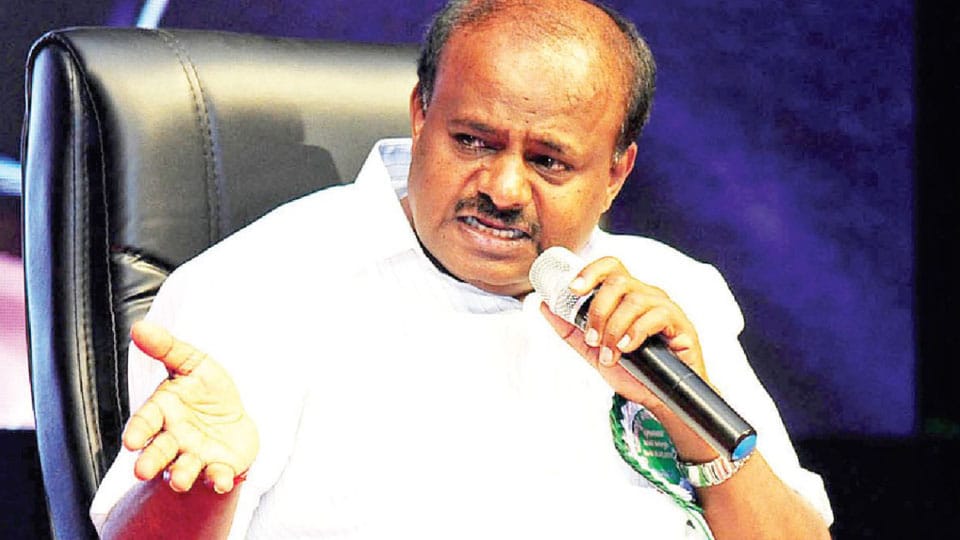 Kumaraswamy appeals voters to give clear verdict to JD(S)

Bengaluru:  Appealing the electorate to give a clear majority to the JD(S) in the forthcoming Assembly polls, State JD(S) President and former CM H.D. Kumaraswamy has said that the next five years will be the most challenging period in his life as he has pledged to give better administration to the State.

Interacting with senior citizens at a programme organised by the Bengaluru City JD(S) here yesterday, Kumaraswamy said that if the JD(S) is elected to power in the State, the compound wall around Vidhana Soudha will be demolished so that the people can meet the Chief Minister and the Ministers anytime without any hassle.

“We cannot only depend on IAS Officers to run the administration and we have to meet people to understand their problems,” he said.

Claiming that the JD(S) will give 24×7 power supply to farmers if voted to power, the former CM maintained that the State should have been a power surplus State by 2014, but the Government focussed more on power purchase and that is the reason for the decline in production.

Assuring that senior citizens will be paid a monthly pension of Rs.5,000 until death, the former CM reiterated his appealed to the voters to give a clear verdict to the JD(S), a regional party which can exert pressure on the Centre and get benefits for the State.

Explaining the measures that the JD(S) would take to address farmer issues, Kumaraswamy claimed that as per his own survey, the JD(S) is confident of winning 115 seats and forming a Government on its own.

2018 Assembly polls H.D. Kumaraswamy JDS
Tiger Census from Jan. 8 No wildlife safaris for a week
Actors who made politics their second choice to retain fame