Home » News » Tiger Census from Jan. 8 No wildlife safaris for a week 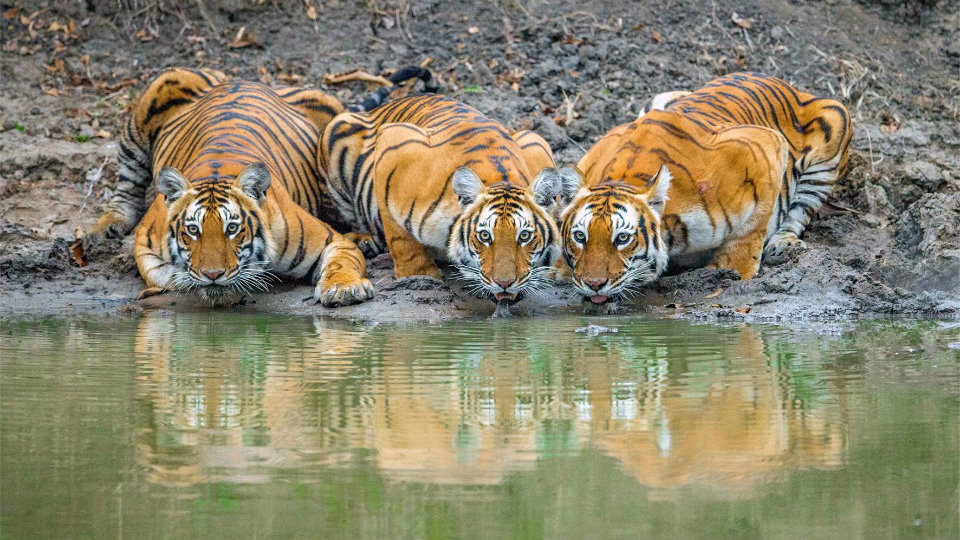 Tiger Census from Jan. 8 No wildlife safaris for a week

Bengaluru/Mysuru: The much-awaited All-India Tiger Estimation or the Tiger Census will commence from Jan. 8 and safaris inside the tiger reserves, national parks and wildlife forest divisions including Bandipur Tiger Reserve and the Nagarahole National Park will be closed from Jan. 7 to 13. The census is done once in four years and from Jan. 22 to 27, the census will be conducted in territorial forest divisions of the State.

The Forest Department has advanced the census and closed the safari to ensure that staffers are not strained and animals are not disturbed. This time, however, volunteers will not be involved as the Department is keen to ensure that it is a serious business.

The census data will be released in January 2019 and would show a rise in big cat population. The last all-India census was conducted in 2014 when tiger numbers stood at 2,226 up from 1,706 in 2010. With State surveys reporting notable increases, some estimate that the tiger population will cross 3,000 during the 2018 count.

The exercise will be held in four phases and the entire process is an eight-day protocol of which the sampling for the carnivore sign survey, ungulate abundance along the line transects and vegetation and human disturbance levels constitute the core of the entire procedure.

Manoj Kumar, Chief Conservator of Forests, who is the nodal officer for the tiger estimate exercise, said that as per the tiger estimation schedule, training and field preparation besides mock drill commenced from Jan. 1 and will be held till Jan. 7.

This year’s census will go hi-tech and the plan is to digitise data records with the help of an Android mobile application and eliminate the manual process of recording, which is slow and prone to errors. The Wildlife Institute of India (WII) developed the app, called the Monitoring System for Tiger-Intensive Protection and Ecological Status or M-STrIPES.

M-STrIPES is designed to address many of the issues difficult to handle in patrolling surveys. Data related to carnivore’s signs, the relative abundance of prey, habitat and human impact in the area would be digitally recorded through the app. It is user-friendly and easy for information management, said forest officials.

M-STrIPES is an upgraded version of Karnataka’s ‘Huli’ app. These apps are not available on Play Store. Ground staffers will take photos of carnivores, pug marks and other details with GPS coordinates on the app. It will be stored on the backup file of the phone. At the end of the day, the data will be uploaded and sent to the nodal officer, who in turn will upload it to National Tiger Conservation Authority (NTCA) and WII.

Karnataka tops India with 406 tigers as per the 2014 estimates. However, in the Western Ghats landscape, which includes tiger habitats spread across Karnataka, Kerala, Tamil Nadu, and Goa, the tiger numbers were estimated to be in the range of a minimum of 685 and a maximum of 861, making it the highest in the country. Within this range, the Bandipur-Nagarahole-Mudumalai-Wayanad area held the world’s single-largest tiger population of around 575.