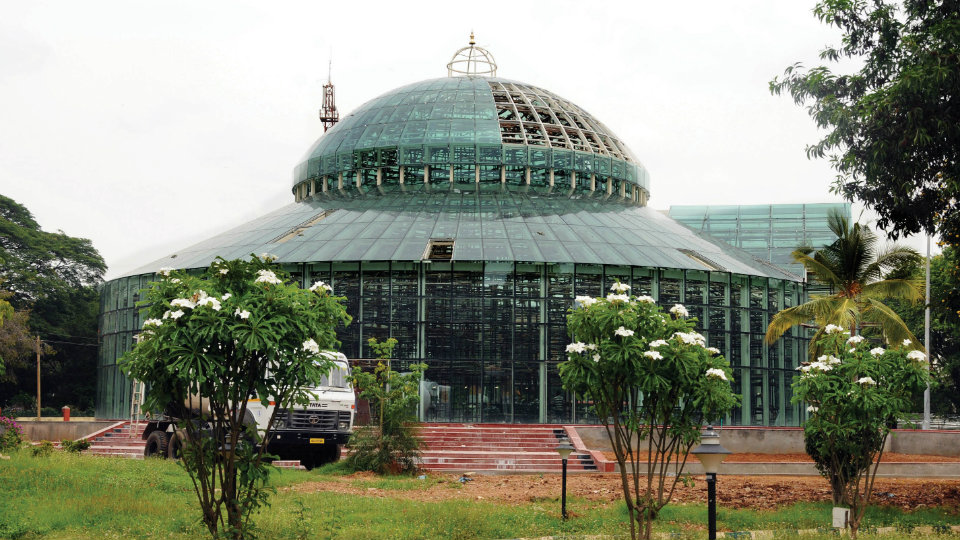 Kuppanna Park Glass House to be ready for this Dasara

Mysuru: The Glass House at Kuppanna Park, which was to be ready early this year, will finally be ready for Dasara-2018. It has been under construction for almost over a year on the lines of the one at Lalbagh in Bengaluru. Once completed, the Glass House will be a landmark and there will be no opportunity for the people to complain that Mysuru has no Glass House like the State capital.

Workers are giving finishing touches to the landmark structure near the Hardinge Circle (now Jayachamaraja Wadiyar Statue Circle) and works are on the finer aspects to make the structure a people-friendly and a visually-appealing one. The entire structure has been built using high-quality and tempered glass and has been designed in such a way that it can stand the vagaries of nature.

A Glass House, generally known as Green House or Hot House, is a space wherein plants can be grown throughout the year giving it required amount of heat and temperature. The house with glass roofs and panes will trap heat and also have additional vents to let out excess heat.

Kuppanna Park is also called Nishad Bagh where the annual Dasara Flower Show is organised. In his 2015-16 Budget, the then Chief Minister Siddharamaiah, who also held the Finance portfolio, had allocated Rs. 6 crore for the Glass House. The foundation stone was laid on Jan. 22, 2017.

Spread over 12 acres, Kuppanna Park was handed over to the Horticulture Department by the Mysuru City Corporation for maintenance. The vast surroundings of the Park have enabled the Department to add more attractions to the park including the musical fountain and the Glass House.

The vast Glass House constructed 1.5 metre above the ground spans 2,419 square metres including corridor and is round in shape with a diameter of 36 meters and has four entry points. Its dome, based on the Indo-Saracenic style and Mysuru style, is 18 metres wide and has an outer wall of 6 metres. 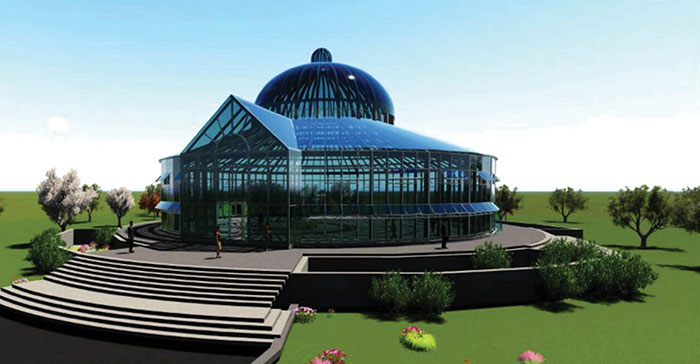 The model of the Glass House that is shaping up at Kuppanna Park in city.

Solar-tempered 13.5 mm thick Saint-Gobain glass panes are being used to make the structure and the glass has lower thermal absorption so as to keep the inner ambience cool and comfortable. The colourful interior lights would provide a grand illumination as night attraction for visitors.

This project was initially under the care of the Horticulture Department and it was handed over to Public Works Department, who with assistance from Nikitha Build-Tech Pvt. Ltd., are constructing the huge structure that will house varieties of plants.

The steel structure supporting the glass spreads to about 25,000 sq. feet and the steel structure itself weighs (without the glass) about 100 tonnes. The structure has special solar-tempered glass panes to trap heat and provide suitable condition for plant growth.  Argo Facades, a manufacturing company related to structural glazing, structural glazing systems, aluminium double glazing sound proof system and glazing service was taking care of the construction works.

Dismissing concerns about the safety of the glasses, he said that the glasses were brought to Mysuru in specific measurements and placed on pre-fixed framework. The panes are prepared by fusing two layers of toughened glasses which is of 6 mm thickness each, with a 1.52 mm fusion gap in between them. So, totally the thickness adds up to around 13.5 mm.

Thimmaraju said that the tempered glasses are tough in nature and have been cut, prepared and designed precisely to deliver highest quality and the two glass layers are sandwiched to give the final glass pane. 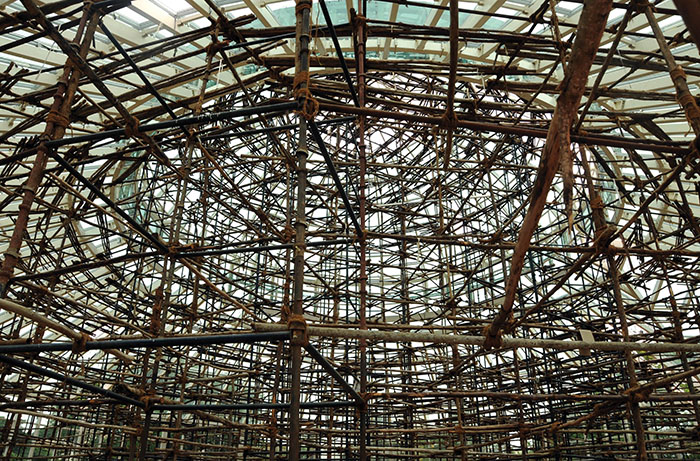 Special features of the Glass House include an exclusive platform for the physically challenged complete with a path for wheel chair. Electric and drainage pipelines inside the Glass House have been laid underground and have necessary outlets. Rain water harvesting facility is incorporated and water will be stored and reused. The solar facility at the park will be operational in the near future to provide source of energy to the lamps in the park.

Kuppanna Park, which was one of the tourist attracting spots for its Flower Shows and Musical Fountains, will reach a higher level once the Glass House is completed and will result in more tourist inflow and also ensure plant growth development and conservation of biodiversity.