Home » News » Kuppanna Park to be developed as tourist hotspot 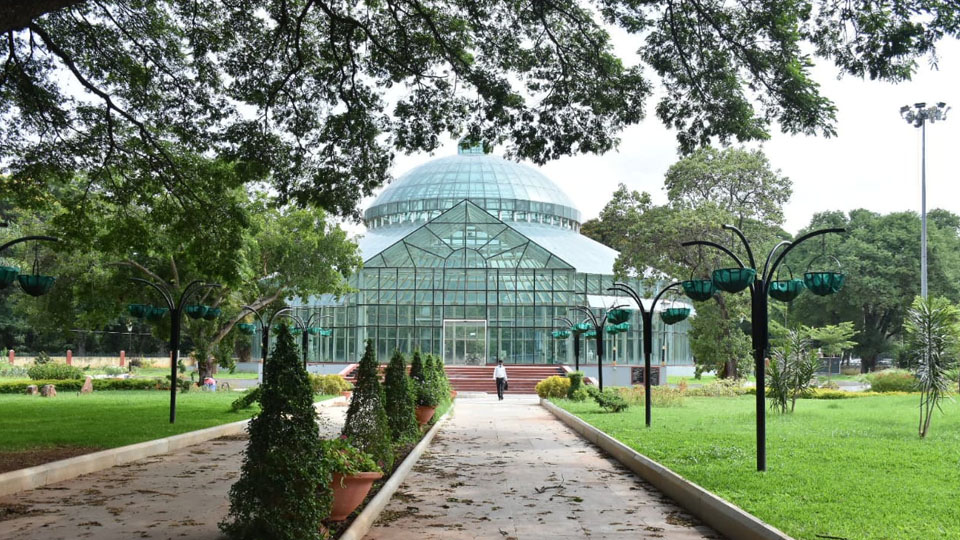 Kuppanna Park to be developed as tourist hotspot

Mysore/Mysuru: The Kuppanna Park in the heart of the city will be developed as a tourist hotspot throughout the year, said Minister for Horticulture, Sericulture and Municipal Administration K.C. Narayanagowda.

Responding to the suggestions of the local MLAs, he said that it is a good idea and that he would immediately take up the issue with the Government.

The Minister was presiding over a progress review meeting of Horticulture, Sericulture and Municipal Administration Departments at Chamundeshwari Auditorium in Regional Commissioner’s Office here this morning.

Pointing out that Kuppanna Park, where the Annual Dasara Flower Show is held, remained idle during most parts of the year, Narayanagowda said the Park with its Glass House is an ideal spot to be developed into an attractive garden and thus become one of the prominent tourist spots of the city, drawing visitors throughout the year.

Chamundeshwari MLA G.T. Devegowda said that the Government can charge an entry fee of Rs. 5 after full development of the Park.

Kuppanna Park is also called Nishad Bagh. In his 2015-16 Budget, the then Chief Minister Siddharamaiah, who also held the Finance portfolio, had allocated Rs. 6 crore for the Glass House. The foundation stone was laid on Jan. 22, 2017.

Spread over 12 acres, Kuppanna Park was handed over to the Horticulture Department by the Mysuru City Corporation (MCC) for maintenance. The vast surroundings of the Park have enabled the Department to add more attractions including the musical fountain and the Glass House.

Stating that he was committed to promote cultivation of all types of horticultural crops, Narayanagowda said that the Government has sanctioned Rs. 168 crore for providing relief to horticultural crop growers who suffered losses due to lockdown, out of which Mysuru district would get Rs. 7.82 crore.

He directed the officials to plug any loopholes in the system where the relief amount will be directly credited to the Bank account of beneficiary farmers.

Turning to Sericulture Department, the Minister said that with the rising global demand for Mysore Silk sarees, the Department should do a lot of fieldwork for encouraging farmers to take up Sericulture.

Pointing out that it was important to convince the farmers about the demand for Silk, he said that the youths, who have returned to their native villages due to COVID-19 lockdown, can take up Sericulture as a profession and make it both attractive and remunerative.

He argued that the merger of KSIC with the Sericulture Department will greatly help in better co-ordination and development of infrastructure for marketing and promotion of all Silk products.

Referring to Municipal Administration Department, Narayanagowda said that he will talk to the authorities on announcing special incentives to Pourakarmikas who are also Corona Warriors just as ASHA workers.

He further said that the Department was seriously considering appointment of more Pourakarmikas in all Urban Local Bodies and also the issue of regularisation of service of contract Pourakarmikas.