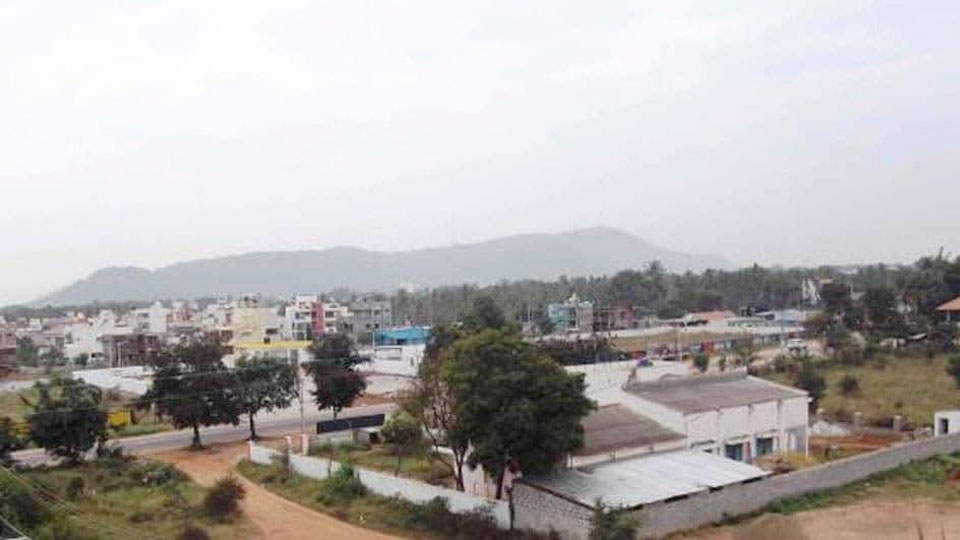 Mysuru:  Fed up over inordinate delay in deletion of ‘B-Kharab’ classification of lands coming under CITB and MUDA Layouts in Kurubarahalli Survey No.4 and Alanahalli Survey No.41, the residents have planned a ‘Bengaluru Chalo’ on Feb.11 to meet officials and Ministers concerned.

On that day, residents will leave city in special buses and reach the State Capital where they will meet Chief Secretary T.M. Vijay Bhaskar, Municipal Administration Minister C.S. Shivalli and Urban Development Minister U.T. Khader, Revenue Secretary and Urban Development Secretary. It was decided this morning at a meeting of aggrieved residents held at Hotel Siddharta in city.

The District Administration, in May 2015, had classified the land coming under the said survey numbers as ‘B-Kharab’ following which the MUDA and the MCC had stopped issuing land records such as Khata transfer, building plan approval, CR etc., of sites and other landed properties in CITB (now MUDA) developed Layouts of Siddarthanagar, Vidyanagar, K.C. Nagar, J.C. Nagar, Alanahalli and Income Tax Layouts coming under the two Survey Numbers.

Addressing the meeting, BJP National Council Member and former KEA Chairman B.P. Manjunath, who is spearheading the cause of residents, said that they have been relentlessly fighting to get the land out of ‘B-Kharab’ and the State Government has not yet come up with a solution to end the nearly five-year row.

“The Chief Minister’s Office (CMO), vide its letter No. CM/52430/REP-4EM/2018 dated Sept. 17, 2018, has directed the MUDA Commissioner to take further action in respect of the previous Siddharamaiah Government’s Cabinet decision on leaving out Siddarthanagar and Alanahalli, K.C. Nagar, J.C. Nagar and Income Tax Layouts from ‘B-Kharab’ classification. Despite this, no action has been taken,” he told the meeting.

“Unfortunately, Chief Minister H.D. Kumaraswamy too did not act despite assuring the residents when they met him to resolve the deadlock. The lands had been purchased by over 25,000 people from MUDA (then CITB) in 1970s. However, they are yet to get land records, in spite of them being legal owners of the land. Hence, everything had come to a standstill as they are neither able to sell their houses nor build extra floors for the past three years,” he said.

“The issue must be solved soon as next month, the Lok Sabha Poll Schedule is likely to be announced and once the Election Code of Conduct comes into force, nothing will move at the Government level. Numerous demonstrations and stirs have not yielded any result and we hope the problem will be resolved after the Bengaluru Chalo,” Manjunath added.

Addressing the meeting, Chamaraja MLA L. Nagendra said that he would raise the issue in the Assembly and request the Speaker to allot at least one hour to discuss the issue.