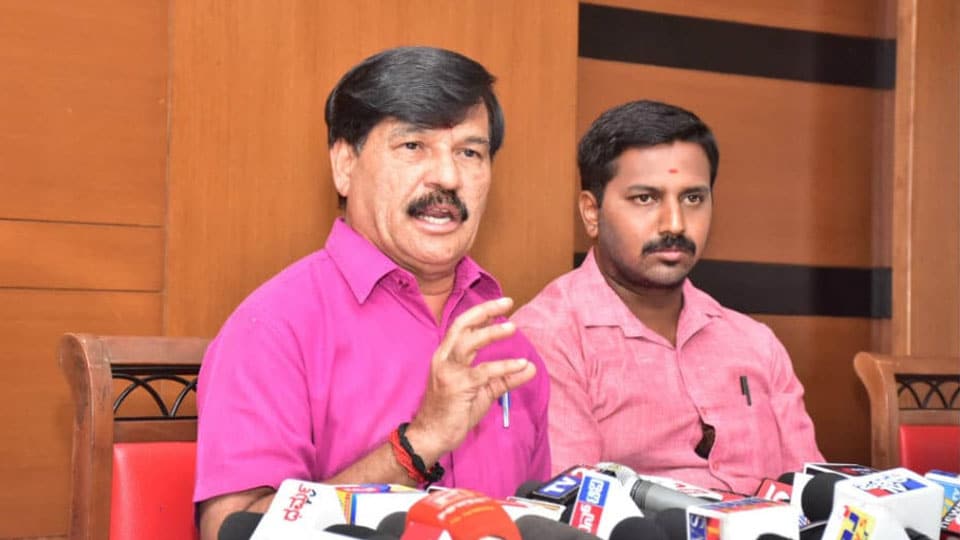 The MLA assured the delegation that the stalemate will be resolved before Dasara.

Speaking to the MLA, President of the Trust S. Prasanna Kumar said that over 25,000 residents bore the brunt of the incorrect decision taken by the District Administration to convert the land under the survey numbers as ‘B-Kharab’ (Government land).

In May 2015, the land coming under the said survey numbers were classified as ‘B-Kharab’ following which the MUDA and the MCC stopped issuing land records such as Khata transfer, building plan approval, CR etc., of sites and other landed properties in CITB (now MUDA) developed Layouts.

Despite a Cabinet order passed when Siddharamaiah was the CM to remove ‘B Kharab’ classification, no action has been taken in this regard and many protests were also held by residents. The delegation reminded Ramdas that he (MLA) too had shown keen interest in the issue in the past and had promised speedy relief. In spite of this nothing has moved in this regard. Only the Cabinet decision has to be informed to the Karnataka High Court which is hearing petitions on the issue.

Ramdas told them that he will speak to Revenue Minister R. Ashoka and request him to speak to the Advocate General and inform the High Court regarding the Cabinet decision. “The Advocate General has already given his favourable opinion to the previous Government and as a result, the Cabinet decision was taken to leave out Siddarthanagar and Alanahalli, K.C. Nagar, J.C. Nagar and Income Tax Layouts from B-Kharab classification. I will assure you that the Government Order will be issued before Dasara,” Ramdas told the delegation.