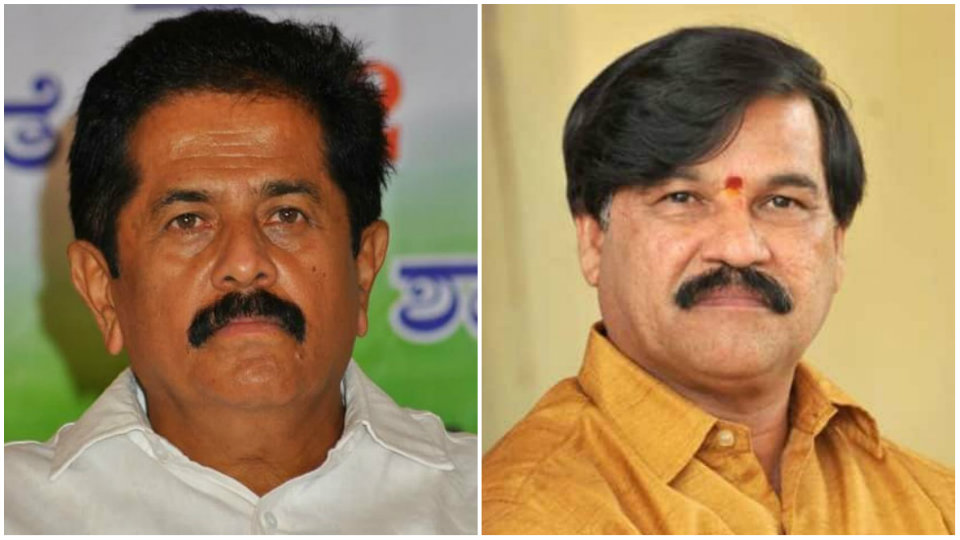 Mysuru:  The long-drawn Kurubarahalli Survey No. 4 and Alanahalli Survey No. 41 land row seems to have become a political debate with former MLA M.K. Somashekar and present MLA S.A. Ramdas vying to take the credit, each claiming to be instrumental in solving the issue when, in fact, it has not been solved yet.

However, the hapless residents coming under the controversial land hoping to see an end to the stalemate are still left groping in the dark.

Addressing a press meet at Patrakarthara Bhavan here recently, former K.R. Constituency MLA Somashekar said that Ramdas was trying to win the confidence of the aggrieved people by claiming that he (Ramdas) had initiated the process to solve the issue.

He further said that Ramdas had taken no initiative to solve the dispute and added that it was just a political gimmick to woo the voters with MCC elections round the corner.

Continuing, Somashekar said that he, over the last two years, had moved the files pertaining to the controversial land from MUDA and Deputy Commissioner’s office to the Government and managed to table the issue before the Cabinet. He asserted that the effort had worked to make nearly 26,000 residents heave a sigh of relief and added that a Government Order was due any moment.

Somashekar claimed that Ramdas was unnecessarily thrusting himself into the issue just to gain credit and popularity.

Former Mylac Chairman H.A. Venkatesh said that Somashekar had finalised all the formalities during the previous government rule and added that there is nothing afresh to be done now by Ramdas.