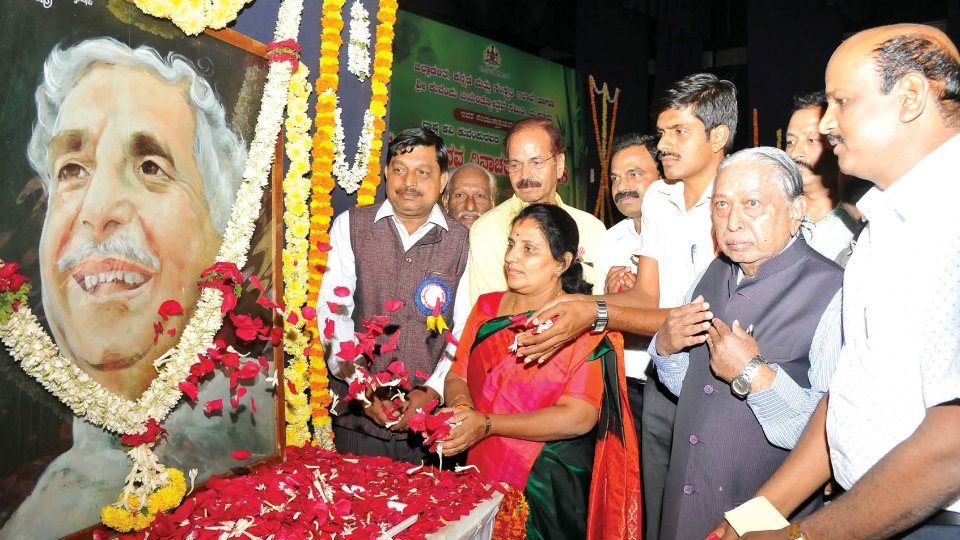 Mysuru: Vishwamanava Day, commemorating the 115th  birth anniversary of Rashtrakavi Kuvmepu, was celebrated at various places in city this morning.

Marking the occasion District Administration, Department of Kannada and Culture and Kuvempu Jayanthotsava Samithi had organised a function at Kalamandira.

Inaugurating the programme Mayor Pushpalata Jagannath said that MCC would take steps to set up signboards with meaningful lines of Kuvempu’s poems at prominent junctions. She hailed the contribution of Kuvempu to Kannada literature.

Speaking on the occasion, writer K. Bhairavamurthy opined that Kuvempu was an unparalleled poet whose poems were very simple and meaningful and easily understandable by a common man.

He added that Kuvempu was a great lover of nature around which many of his poems were centred around.

A Geetha Gayana of poems of Kuvempu was also organised on the occasion. 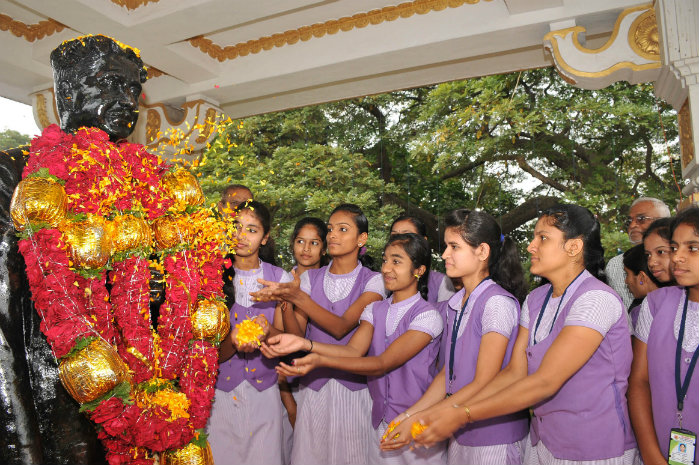 Manasagangotri: Mysore University Employees Forum had organised a function at the varsity entrance on Bogadi Road where vice-Chancellor Dr.J. Hemantha Kumar garlanded the statue of Kuvempu. Registrar Dr.R. Rajanna and other were present.