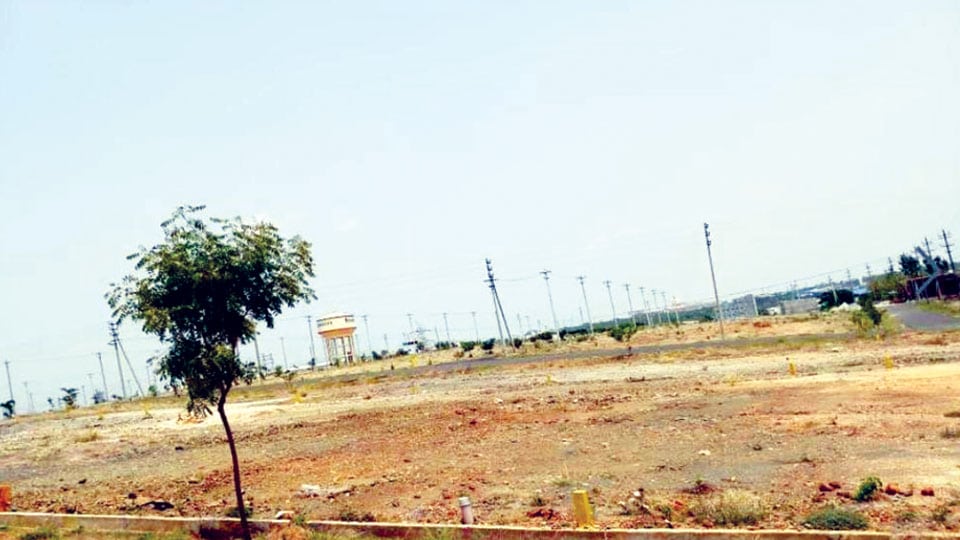 Land-loser farmers of KHB Layout near Yelwal to get sites

Bengaluru: The State Cabinet, which met here on Thursday, decided to allot sites to land-loser farmers who parted with their land for a residential layout to be developed by Karnataka Housing Board (KHB) near Yelwal on the outskirts of the city.

Speaking to press persons after the Cabinet meeting on Thursday, Law Minister J.C. Madhuswamy said that the land-loser farmers who had given away their land for KHB for Yelwal Layout, have been consistently demanding sites for them in the new layout, which is yet to be developed. The Government, conceding the demand, has now decided to allot one to five sites to every land-loser depending upon the area of land they have parted with for the KHB Layout, upon payment of the price stipulated by the KHB, he said.

Pointing out that the layout was planned when current Chamundeshwari MLA G.T. Devegowda was the KHB Chairman over a decade ago, Madhuswamy said that the formation of the layout spurred the demand for land also in villages close to Yelwal.

The current Housing Minister V. Somanna, who had also held the same portfolio in the earlier BJP Government over a decade ago, had then laid the foundation for the layout near Yelwal,  which was named as KRS Nisarga Layout. Chamundeshwari MLA G.T. Devegowda, as the KHB Chairman then, had planned to form the layout in a total of 496 acres coming in Gunghral Chatra, Kallur Naganahalli Kaval, Chikkanahalli and Anandur village limits, all coming under Yelwal hobli.

Devegowda then had appealed Minister Somanna to allot sites for all land-loser farmers, when the Minister promised  one site for every acre of land given by the farmers.

Thereafter, Devegowda, as the then KHB Chairman, had submitted a proposal to the Government for allotment of sites at a KHB meeting held on Feb. 14, 2013. But a couple of months later, the BJP Government was voted out of power in the 2013 Assembly polls, following which the proposal went into limbo. Also, the layout did not witness any further progress.

Now, with the return of the BJP Government and Somanna again becoming Housing Minister, the site allotment proposal got a revival, after G.T. Devegowda reminded Somanna of the promise given to farmers then.

Acting on the issue, Somanna at a KHB meeting held on Jan. 21, 2020, passed a resolution on allotting sites to land-loser farmers and sent it to the Government for Cabinet approval.

Now, the State Cabinet on Thursday, approved the KHB’s resolution and decided to allot sites to all farmers who had parted with their land for the KHB Layout near Yelwal.

MP Pratap Simha too thanked Housing Minister V. Somanna for getting Cabinet approval for allotment of sites to land-loser farmers for the KHB’s ambitious KRS Nisarga Layout near Yelwal.

Maintaining that Somanna has shown his concern for the poor and the land-loser farmers, the MP said that he was once again thankful to the Housing Minister for coming to the aid of land-loser families, who had been demanding sites for long.