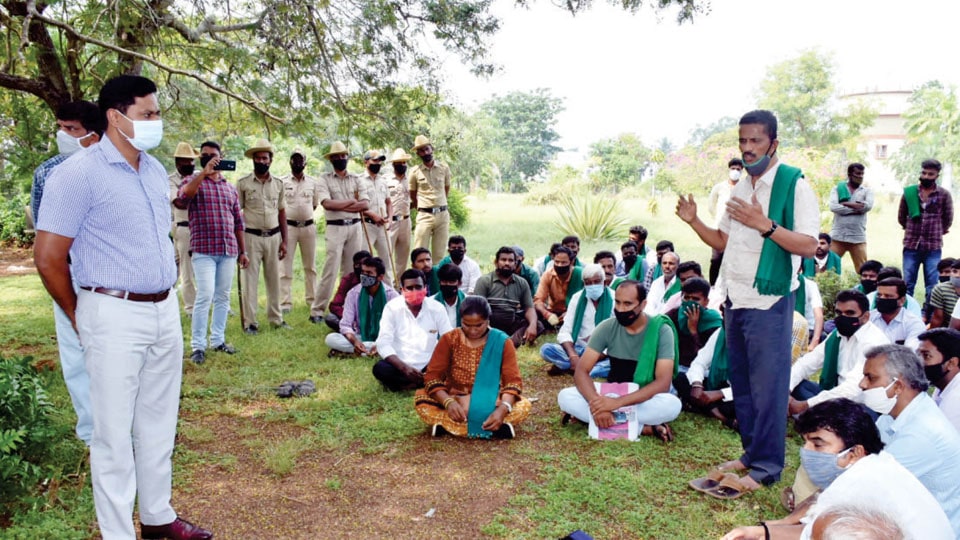 Demand jobs for kin in factory

Mysore/Mysuru: Land lost farmers of Immavu village staged a dharna at the park near the Office of the Deputy Commissioner this morning demanding jobs for their kin in a  paint factory.

They accused the factory management at Karnataka Industrial Areas Development Board (KIADB) of not keeping up their promise of ‘jobs for a member of the family’ in the factory. Believing them, a large number of farmers had parted their land to set up the factory.

Calling for the intervention of the district administration for rendering justice to them, the protestors warned of intensifying their stir if they were not provided jobs in the paint factory as promised.