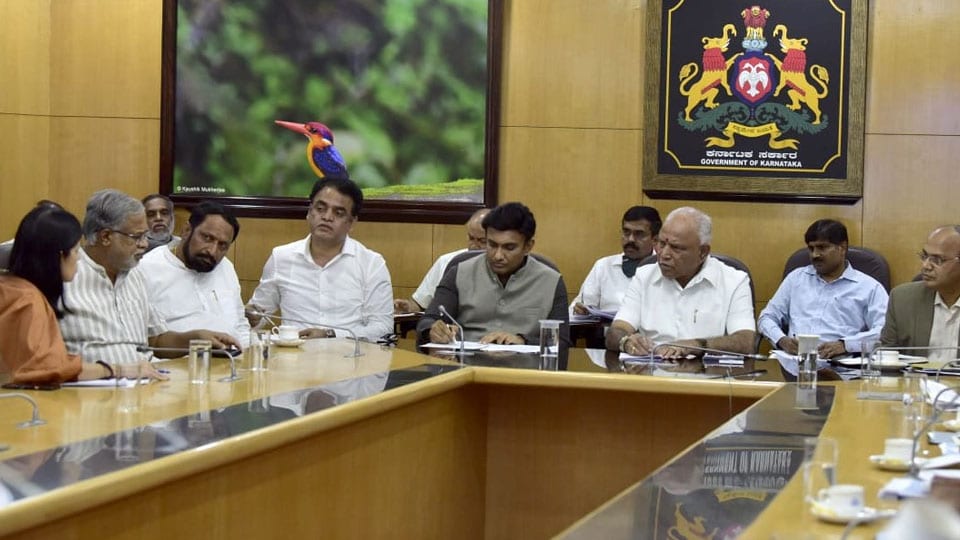 Mysore/Mysuru: The Mysuru District Administration has issued an order warning strict action against land lords who vacate doctors, nurses and other healthcare personnel working on the frontline against COVID-19.

The order acknowledged that a lot of complaints have been received from doctors, paramedical staff, and healthcare personnel in the State that their landlords or house owners were forcing them to vacate rented residences. It noted that such behaviour amounts to obstructing public servant in discharging their duties, it stated.

Even Union Home Minister Amit Shah has asked the States to take strict action against landlords asking doctors and nurses who are treating patients to vacate residences. Shah’s directive came after woes of the medical personnel surfacing on Twitter and Facebook.

Union Health Minister Harsh Vardhan too spoke against the recent trend of landlords evicting their tenants who happen to be medical personnel. “Deeply anguished to see reports that doctors and paramedics are being ostracised in residential complexes and societies. Landlords are threatening to evict them fearing infection. Please don’t panic,” he said.

“On the request of Prime Minister we clapped for our doctors, nurses and others who are giving essential services. But now I am getting information that a landlord has forcefully evicted a nurse tenant as she works among coronavirus patients,” he said.

He was referring to the appreciation that people showed towards the medical personnel combating the coronavirus during the ‘Janata Curfew’ by ringing bells and clapping. Recently Sunday, Indians took to their balconies and streets at 5 pm to collectively appreciate the dedication and hard work of the people involved in containing and treating the coronavirus pandemic.

However, days since, several stories of harassment faced by them have surfaced on social media. Twitter is full of such instances where the harried medical personnel shared their woes.