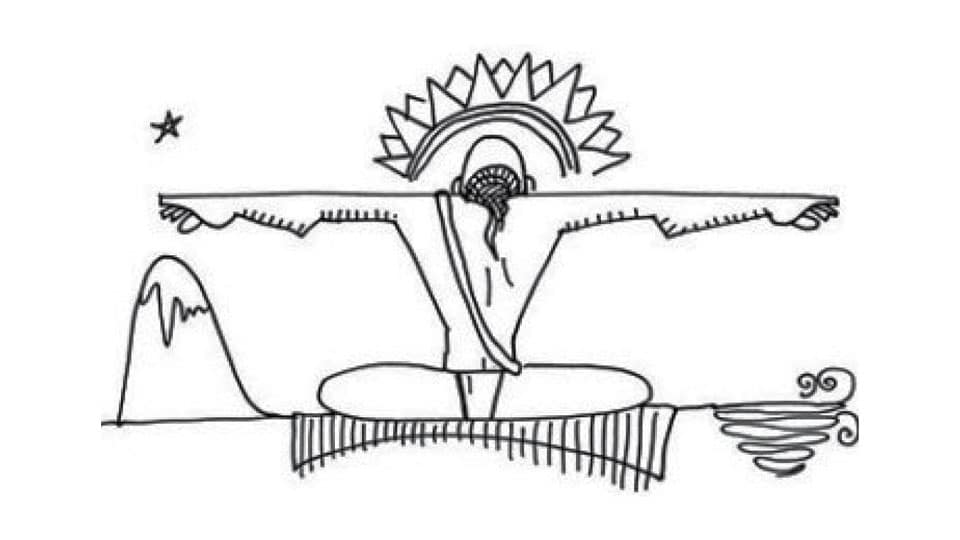 Left is North, Right is South

When one faces the rising Sun, the back faces the West, the Left hand represents the Northern side and the Right hand represents the Southern side. In Hindu mythology, the left hand is called the Vama-patha or the path of the left hand, which is associated with Tantra. However, the right hand is not called the path of the right hand, but is called the Southern path: Dakshina-patha, which is the right-handed path or the orthodox Vedic path. In politics, right stands for those who value traditional hierarchy (much like Vedanta) and left stands for those who overturn structures (much like Tantra).

The North is marked by the still Pole Star. It is also the direction of the eternal Himalayas. Mountains have long been seen as symbols of permanence. And so, the still and permanent North best symbolises the North. The rivers flow South and lose their identity as they mingle with the sea, which makes South the direction best suited to represent death. In villages across India, the crematorium is usually placed in the South. Directions are thus turned into metaphors. They are not to be taken literally.

In the Ramayana, Ravan, who lives in the South in the middle of the sea, embodies the idea of death; his home is not the literal South. He goes to the North to Shiva and tries to bring Shiva to the South, but fails. The Shiva-linga now rests at Gokarna, in Karnataka. In his compassion, Shiva allows his son Kartikeya, and his student Agastya, to move South, where they are worshipped as the primary deity Murugan and the primal teacher of the Siddhas. Ram makes his journey South and then returns North; Ravan’s brother Vibhishan tries to get the image of Vishnu, from Ram himself, to the South; he, too, fails. The image now rests at Srirangam in Tamil Nadu. Shiva, who faces South, is called Dakshinamurti, the hermit-teacher. He faces Dakshina-kali, his beloved Shakti, who comes to him from the South to transform him into a householder.

If North, by virtue of Pole Star, is linked to permanence, East by virtue of the rising sun is linked to growth. So, the morning begins by facing the rising Sun. In Vedic times, the priest sat facing the rising Sun and placed the fire in the East. But when temples were built, the image of the deity was placed to face the rising Sun and so the devotee faced the West to see the deity lit by rays of the glorious rising Sun. The rising Sun has always been an awe-inspiring deity to be worshipped. The setting Sun is a tourist attraction, a metaphor for life. We celebrate those whose careers are on the rise and watch vicariously those whose careers are on a downward spiral.