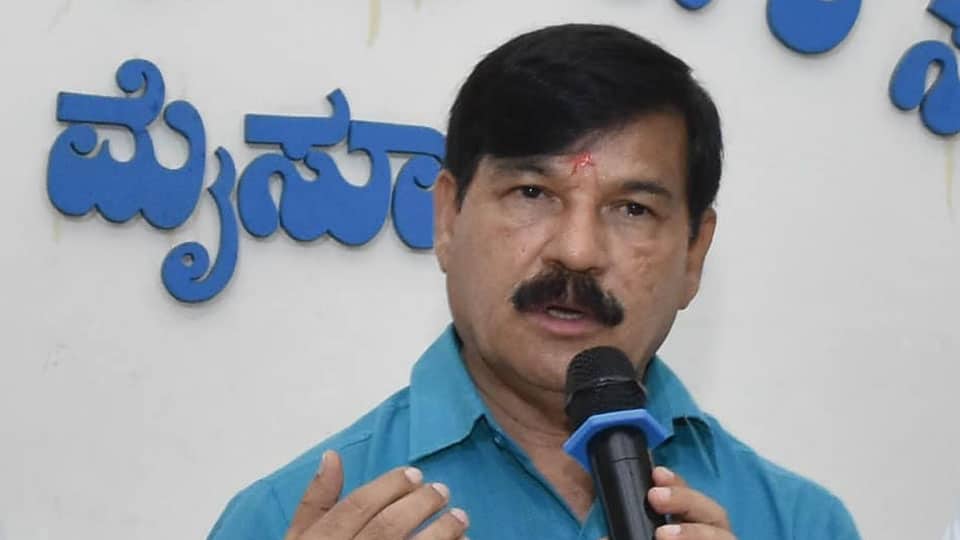 Mysore/Mysuru: Responding to former MLA M.K. Somashekar’s charge that Revenue Minister R. Ashoka had presented only a Government letter and not a Government Order (GO) regarding deletion of 354.29 ½ acres of land coming under Kurubarahalli Survey No.4 and Alanahalli Survey No.41 from B-Kharab classification, Krishnaraja MLA S.A. Ramdas has suggested the former MLA to read the full text of the Government order properly for a better understanding.

Maintaining that the order clearly states that 354.29½ acres of land coming under Kurubarahalli Survey No.4 and Alanahalli Survey No.41 has been left out of B-Kharab classification as per a High Court ruling and State Cabinet decision, Ramdas said that the order also directs the Revenue Department to hand over the said land to Urban Development Department for subsequent follow up.

Besides, the order also directs for issuance of land records such as Khata Registration, building licences etc., to property owners in the layouts, which has come as a big relief to thousands of residents, who were pushed to a lot of hardship due to B-Kharab classification, he said.

Ramdas further said that after the Bengaluru Lockdown ends, a public programme will be organised to symbolically issue Title Deeds, Khata Registration and such other land records to property owners in the layouts and the former MLA Somashekar too will be invited.