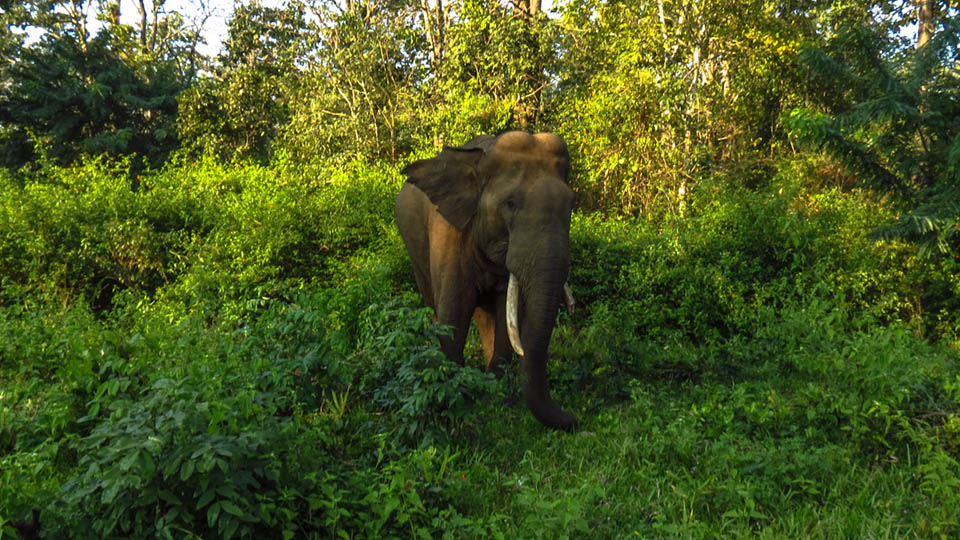 Mysore/Mysuru: With wild elephant menace continuing to cause havoc across Kodagu district, the Mysore City Pensioners Association has written to Prime Minister Narendra Modi on Aug. 24, 2020 to address Man-Animal Conflict (with focus on elephants) issues at the earliest and thus save innocent lives.

Association President K.C. Biddappa said that he, also as the President of Coorg Wildlife Society, had  earlier written a letter  addressed to the PM on June 5, 2019 appealing for immediate intervention by the Central Government for resolving Man-Animal Conflict in Kodagu. But unfortunately no action has been initiated by the Central Government so far and killing of innocent citizens by wild elephants has reached dangerous and alarming proportions in Kodagu.

Maintaining that not a day passes without an innocent citizen getting killed or maimed by wild elephants inside human habitations in Kodagu, Biddappa said that people are simply scared to work in estates and agricultural fields and locals have stopped their daily walk,with the situation already having reached alarming proportions despite the best efforts of  the State Forest Department.

Lack of resources and adequate number of trained manpower and total lack of support from the Central Government, may perhaps be the main reasons for the failure to end the menace, he observed.

Pointing out that fencing of vulnerable areas with Rails Tentacle fencing, clearing the encroachments across the Elephant Corridor, selective sterilisation of old bull elephants to stabilise its population and creating dedicated enclaves inside the forest to restrict the migration of elephants are some of the practical solutions that can be considered for ending the menace, he appealed the Union Ministry of Environment and Forests to immediately constitute a High Powered Committee consisting of wildlife experts from the Centre and the State for suggesting out of the box implementable and practical solutions within a stipulated time frame.

Noting that any further delay will more aggravate the already worsened situation, Biddappa requested the Prime Minister for initiating immediate action for saving innocent lives and thus provide solace and relief to the terrified citizens of Kodagu.