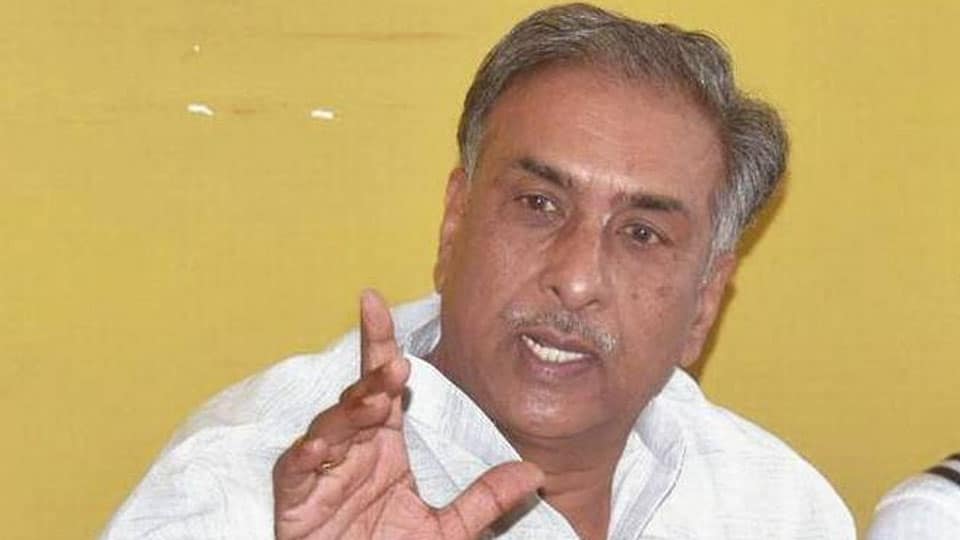 Warning that demonstrations will be staged against such Seers if they do not stop slanging, Horatti said that Lingayat leaders have to walk out of Veerashaiva Mahasabha as the Mahasabha was unwilling to consider Lingayat demands.

Taking exception to Balehonnur Seer’s remark on Lingayat religion seekers at the Suttur Jatra recently, the MLC urged the Seer to stop criticising Lingayat leaders who are spearheading the campaign seeking religion status.

Claiming that the Veerashaiva Mahasabha was unwilling to add the word Lingayat to its name all these days, he asserted that Lingayats will not tolerate the one-upmanship attitude of the Mahasabha any more.

The MLC further said that all politicians, Seers and others involved in the campaign will quit the Veerashaiva Mahasabha before Jan. 23 and form the Vishwa Lingayat Parishat.

Stating that Lingayat leaders from Mysuru region were getting a raw deal in polities, Horatti said he would talk to JD(S) Supremo and former Prime Minister H.D. Deve Gowda and former Chief Minister H.D. Kumaraswamy in this regards.

Hosamutt Seer Chidananda Swamiji said that he would resign from Veerashaiva Mahasabha before Jan. 23 as he is involved in the campaign seeking separate Lingayat religion status.