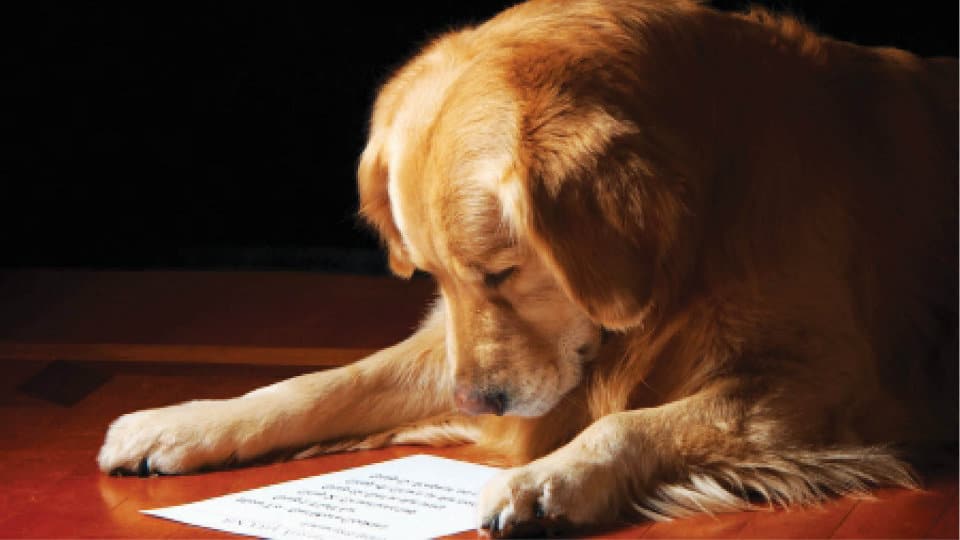 In this week’s Pet Talk, Maneka explains about how smartness differs from one animal to other.

People would rather eat sheep and goats than dogs because there is this belief that they are brainless and have no emotions.

According to the scientists of the University of Cambridge, sheep can even recognise human faces from photographic portraits and can identify the picture of their handler. The study, published in the journal Royal Society: Open Science, is part of a series of tests given to the sheep to monitor their cognitive abilities. The ability to recognise faces is one of the most important human social skills. We recognise familiar faces easily, and can identify unfamiliar faces from repeatedly presented images. As with some other animals, such as dogs and monkeys, sheep are social animals that can recognise other sheep as well as familiar humans.

Sheep were shown familiar faces and those of celebrities. They chose correctly each time. They were trained to look at some strangers and then pick them out. They could. The researchers next showed them the faces at an angle. As expected, the sheep’s performance dropped, but only by about 15% — a figure comparable to that seen when humans perform the task. During this final task, the researchers saw a human like response. Upon seeing a photo of someone familiar, and then a stranger’s photo alongside, the sheep did a ‘double take.’ They checked first the unfamiliar face, then the known image, and then unfamiliar face again before making a decision to choose the familiar face.

Anyone who has spent time working with sheep will know that they are intelligent, individual animals.

Goats have the capacity to communicate with people like other domesticated animals, such as dogs and horses, according to scientists from Queen Mary University of London in the journal Biology Letters. Goats respond to people by gazing at them when facing a problem they cannot solve alone, and their responses change depending on the person’s behaviour.

The scientists said: “Goats gaze at humans in the same way as dogs do when asking for a treat that is out of reach, for example. Our results provide strong evidence that goats are capable of  complex communications with humans and are similar in their cognitive abilities to animal pets or working animals, such as dogs and horses.”

Eating sheep and goats is the same as eating dogs and monkeys. All of them have the same intelligence. In any case you don’t eat beings because they have higher or lower intelligence. That would open the door to eating humans who are mentally challenged.

What makes some animals (or humans) smarter than others?

Or to put it differently, a better learner with a better memory. By examining the brains of bees trained to perform different tasks, researchers of Queen Mary University of London found that the number of connections between nerve cells may hold the answer. Bees with a greater density of nerve connections (known as synaptic complexes) in a specific part of their brains had better memories and learned faster than bees with fewer connections in these areas.

They trained bumblebees to discriminate between ten differently coloured artificial flowers, five of them containing sugar water and five of them containing bitter quinine. Two days later, the bees were tested on how well they remembered which colours were rewarding and which were not. Using an imaging technique, the researchers looked deep in the brains of these bees at areas known to be responsible for visual learning and memory.

They found that bees with a higher density of synaptic complexes within the visual association area of the brain had a better memory for the colours two days after training. Additional experiments showed that bees that learned faster (shown by taking fewer landings to find the right flowers) also had a higher density of synaptic complexes in the visual association area.

These findings are the first to suggest a strong correlation between the number of neural connections in the brain and how well an individual does on a cognitive task. The researchers also found that the environment can affect the organisation of synaptic complexes in different ways. Bees trained with artificial flowers of many colours had greater densities of nerve connections than bees that trained among uncoloured or only a couple of coloured flowers. For the first time it has been shown that both nature and nurture can increase the density of nerve connections in this area of the brain and that an enriched environment, where bees are exposed to many colours without learning anything from them, can also affect the synaptic organisation in the brain.

Goldfish are said to have a memory span of three seconds. Is this true?

Not only do goldfish have a long memory, they can differentiate between human faces, keep time, remember pain and how to avoid it. And they prove that humans are not the only ones that react to music. Goldfish not only listen to music, but they also can distinguish one composer from another. A study, published in the journal Behavioural Processes, involved playing two pieces of classical music near goldfish in a tank. The pieces were “Toccata and Fugue in D minor” by Johann Sebastian Bach and “The Rite of Spring” by Igor Stravinsky.

The goldfish had no trouble distinguishing the two composers. While fish, and most other animals, prefer silence to music, the research proves that goldfish can detect complex sounds. So, next time you want to keep them in a tank or bowl, remember they are as sentient as you.