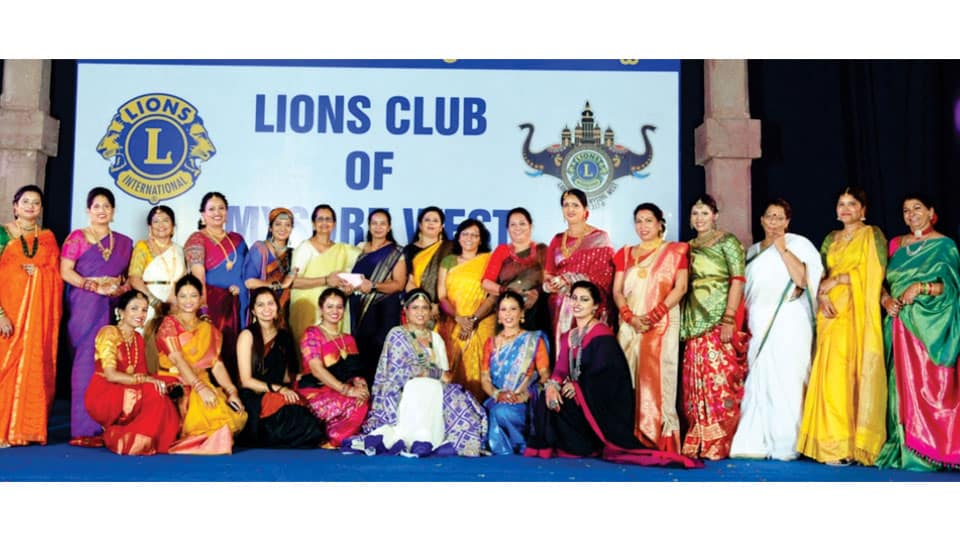 Team Bunts Sangha portraying India’s rich heritage in fabrics and textiles was adjudged the winner. ‘The performance was choreographed by enthusiastic team members. Preparing, planning and practicing for Utsav was a great bonding exercise and wonderful experience for the team,’ said Veda Rai.

Team Vintage Vogue (Consultant Doctors of Apollo BGS Hospitals), the first runner-up, presented Indian art through Raja Ravi Varma’s paintings. ‘This competition came as a fresh breeze and a refreshing change for us doctors. We hope to participate in such events more often,’ said Dr. Aathira Ravindranath (Paediatric Gastroenterologist), who choreographed the scintillating performance put up by her team.

Team Glamour & Guts (Inner Wheel Clubs), led and choreographed by Suma Prakash, exhibiting Queens of India was declared the second runner-up. ‘Utsav was a unique and well-organised event conducted by LCMW. We’re delighted to be a part of this noble cause,’ said Suma Prakash.

‘We are humbled by the response, and indeed grateful to Mysureans for supporting our cause, and making this event a grand success,’ said Nagarajan Srinivasan, President, LCMW.

The proceeds from the event would be used for various service projects of the Club such as kidney endowment fund, empowering women and girl children through education and various other activities that this organisation has been undertaking since February 8, 1981.