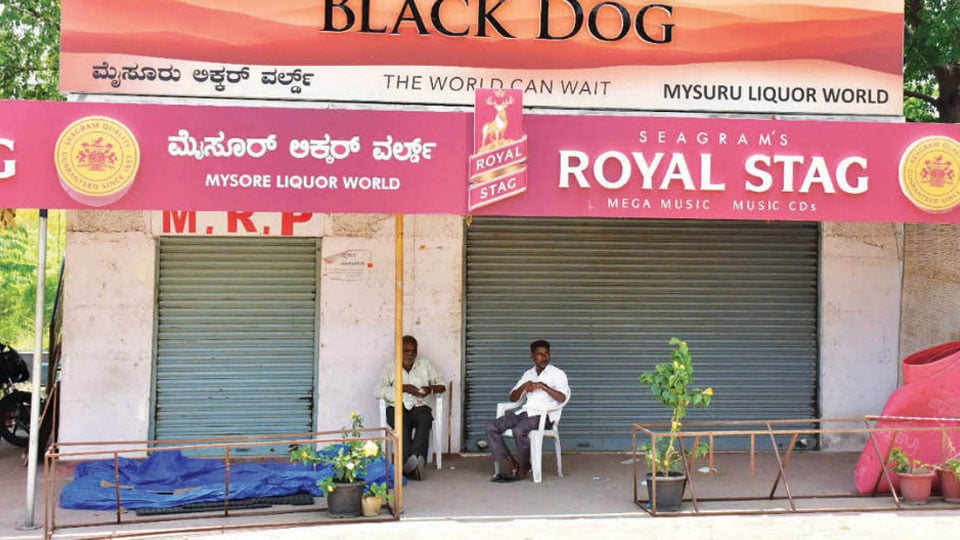 Mysore/Mysuru: As part of strict enforcement of the countrywide lockdown, the District Administration has banned sale of liquor till Apr. 14.

Addressing a press meet here yesterday, Mysuru Excise Deputy Commissioner K.S.Murali said that following a Government order, all liquor shops and outlets in the city and district have been ordered to shut down from Mar.23 to Apr.14. Noting that this measure has been taken in order to prevent public crowding, he warned of severe action if anyone is found selling liquor in violation of the ban order. He appealed the public to call Ph: 0821-2541863 in case they come across sale of liquor in their vicinity.

Cautioning the alcoholics against falling prey to illicit and spurious liquor, Murali appealed the public to control their mind through meditation. Pointing out that doctors, paramedical staff, the media, Police and other Governmental staff are working overtime to contain the spread of the novel Coronavirus, he sought the co-operation of the public in these difficult times.

Stating that 13 teams of Excise Department staff are working round-the-clock to prevent sale of illicit liquor in the wake of lockdown, he said that 40 litres of hooch has been seized so far in the district. Murali further said that the public can call the following numbers if they come across manufacture, sale  or transportation of hooch anywhere in the district: