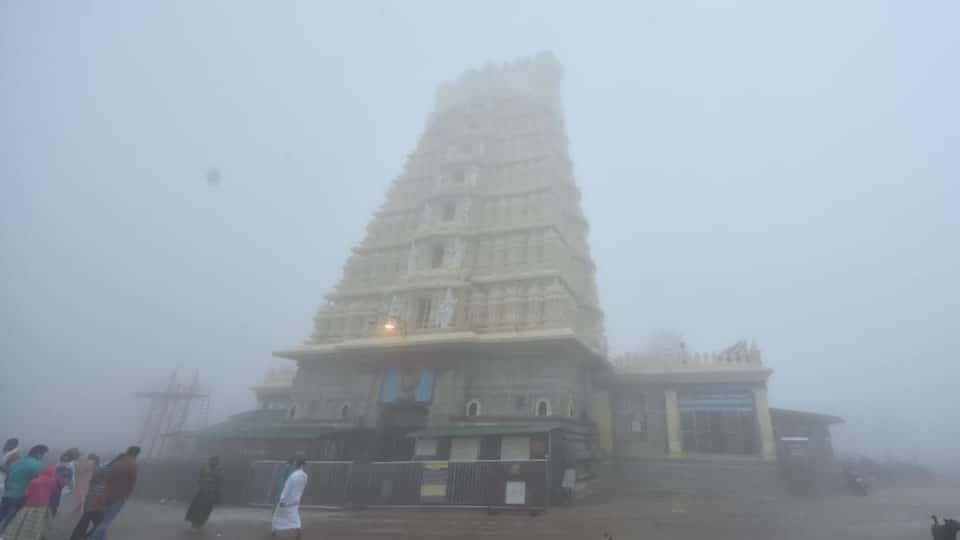 Mysore/Mysuru: The COVID-19 pandemic has played havoc on the revenues of the famous Sri Chamundeshwari Temple atop the Chamundi Hill in city with the Temple facing a loss of Rs. 8,36,15,574 in three months — April, May and June when compared to the revenues generated last year.

The Ashada Friday collection of July this year is yet to be counted and as the entry of devotees was banned due to pandemic, the Temple management told Star of Mysore that the collection would be a minimum as only a handful of devotees and VIPs were allowed.

The epidemic surfaced in city in the month of March and a nationwide lockdown was declared in the end of March. Even after the lockdown was relaxed, entry to all temples in Karnataka was banned. Along with rest of the temples, Sri Chamundeshwari Temple too opened on June 8.

The reigning deity of the city Goddess Chamundeshwari is the most appealing deity and as a result, lakhs of people throng the Hill Temple during Ashada Fridays. This year, however, due to pandemic and community spread, entry of devotees was banned and rituals were performed from early in the morning till about 7 am and subsequently the temple was closed.

This year, the first Ashada Friday fell on June 26 and the subsequent Ashada Fridays fell on July 3, 10 and 17. Chamundeshwari Vardhanti (Goddess Chamundeshwari’s birthday fell on July 13). According to temple sources, annually the number of devotees peak during Ashada, Chamundeshwari Vardhanti and Dasara. This year, the Ashada month and the Vardhanti festivals were a washout and even Dasara too is likely to be a crowd-less traditional affair going by the way the disease is spreading. Apart from entry tickets, the temple gets good revenue from its hundis (offering box) and is considered as one of the richest temples in Karnataka after Kukke Subramanya, Dharmasthala Manjunatheshwara and Male Mahadeshwara temples. Apart from cash, the temple also receives gold and silver as offerings.