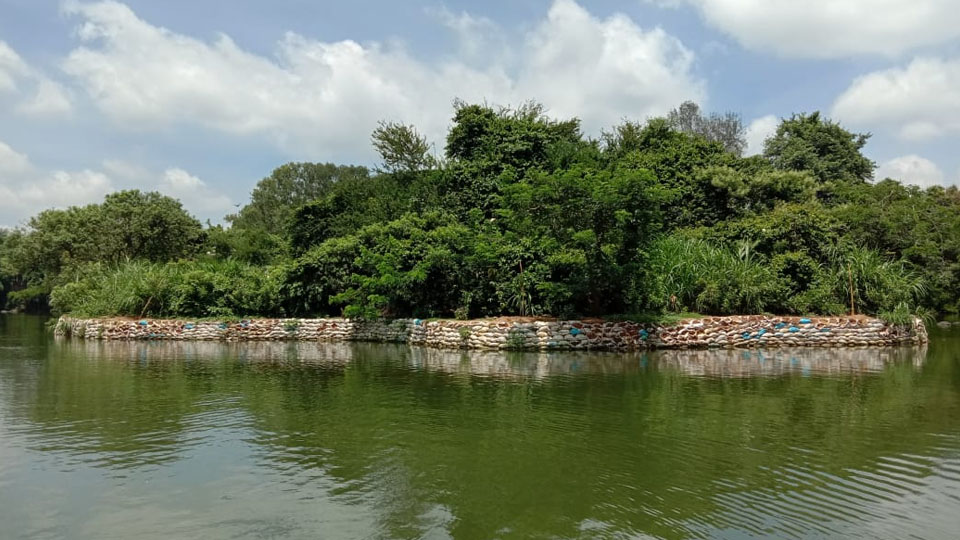 Mysore/Mysuru: The Ranganathittu Bird Sanctuary has seen long closure of 78 days till today (May 31). The gates of the Sanctuary was closed on Mar. 14, 10 days before the nationwide lockdown due to the threat of Bird Flu as some birds had died inside Mysuru city and the Forest Department had taken a decision to close the tourist spot as a precautionary measure.

After the Bird Flu threat was removed as laboratory tests revealed that the Sanctuary was not affected, came COVID-19 and the nationwide lockdown. The Sanctuary has incurred a loss of up to Rs. 1.25 crore, the income that primarily comes from gate collection.

Forest officers say that such a long closure is being witnessed for the first time since its inception 80 years ago in 1940. Except for the annual floods that occur whenever large amount of water is released from the upstream Krishna Raja Sagar (KRS) Reservoir, the Sanctuary is not closed for the visitors. When the water level is high, the Bird Paradise is usually closed for 15 to 20 days.

The Ranganathittu Bird Sanctuary is spread across 67 hectares (165 acres) and has 24 islands including big and smaller ones. The sanctuary houses over 219 to 230 species of birds and also rare migratory birds that come here to breed. The Sanctuary has a sizable population of 12,000 spot-billed pelicans.

Ranganathittu attracts an average of over 5,000 visitors every day during peak season with the boating activity around the islands being the most popular one. The Forest Department has 16 boats in the Sanctuary.

Speaking to ‘Star of Mysore,’ Deputy Conservator of Forests (Wildlife) Alexander said that the revenues of the Sanctuary has been severely hit and the Department is not in a position to rebuild the islands that have been ravaged by floods last October though some islands have been restored with the corpus fund that has been created out of the gate collection revenue.

“Even after the lockdown is relaxed we have not allowed anyone inside except for the staff and security personnel as allowing people will be in violation of Government guidelines. So far with the corpus fund, we have managed to pay salaries of contract workers and local labour force. Once the Government gives approval, we will open the Sanctuary with a lot of rules and restrictions,” he said.

When the lockdown was in force, the Department had taken strict measures not to allow entry to the Sanctuary through alternative routes like Bangaradoddi Canal and through the islands. “We are working out Standard Operating Procedures to be followed like wearing masks, sanitisation of boats, ticket counters, staff wearing masks and gloves, social distancing and limited number of people at a particular place, fewer people in the walkway and paths and also limited people inside the boats,” Alexander said.

To start with, it is mandatory for the visitors to wash their feet in water mixed with disinfectants before entering the Sanctuary. And for this purpose, two shallow tanks have been created near the Lotus Pond and Maharaja Tower. The tanks are five-foot-long and 2.5-foot wide, with three-inch deep water. Water would be refilled three times a day and in an effort to prevent infection, visitors to the Sanctuary are made to dip their feet in the tank, he added.