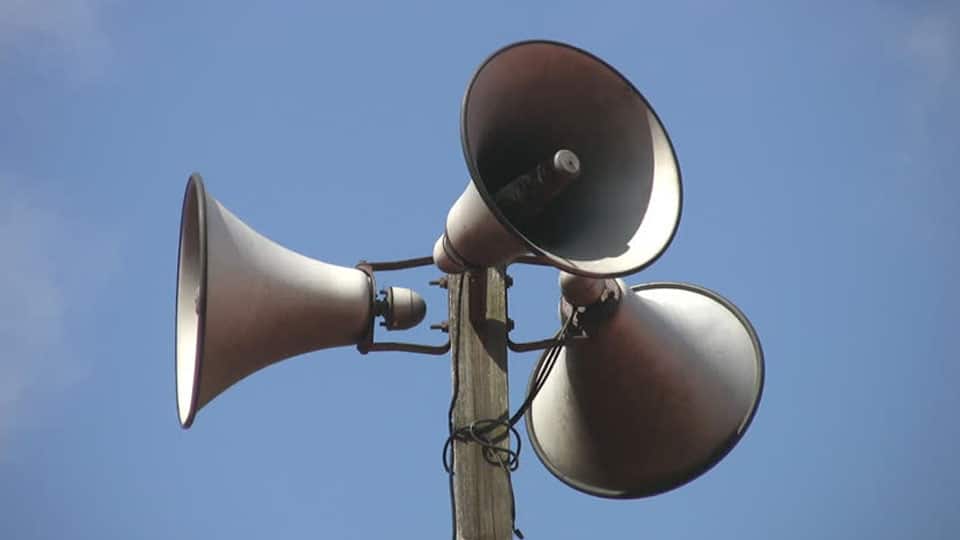 Bengaluru: The State Government has asked all those wishing to use loudspeakers to obtain permission within 15 days. Loudspeakers without permission from designated authorities would be removed.

A circular issued in Bengaluru on Tuesday also cited the decibel levels for residential, commercial and industrial areas as per the Noise Pollution (Regulation and Control) Rules, 2000, notified under the Environment (Protection) Act, 1986.

The circular by the Department of Forest, Ecology and Environment came after Chief Secretary P. Ravikumar sent a note to the Department following a meeting with Chief Minister Basavaraj Bommai on Monday.

“The Chief Minister has directed that the rules and the Karnataka Government Order of August 13, 2002, shall be strictly implemented henceforth. All users of loudspeakers or public address systems should obtain written permission from the designated authority within 15 days,” a note from the Chief Secretary said.

“Those who do not obtain permission should voluntarily remove the loudspeakers or they should be removed by the designated authority,” the note said.

Committees will be formed at different levels to decide the application for loudspeaker or public address systems. The Committee in all Police Commissionerate areas will comprise the Assistant Commissioner of Police, jurisdictional Executive Engineer of the City Corporation and representative from the Pollution Control Board.

In all other areas, the Committee will comprise the Deputy Superintendent of Police, jurisdictional Tahsildar and a member from the Pollution Control Board. The Chief Secretary has pointed out the Supreme Court orders of July 18, 2005 and October 28, 2005, that directed all the designated authorities to implement the Noise Pollution (Regulation and Control) Rules, 2000.

The Rule 3 (1) of the Noise Pollution (Regulation and Control) Rules, 2000, has laid down the ambient air quality standard in respect of noise, the note said, adding that the rules also define that the “daytime” shall mean 6 am to 10 pm.